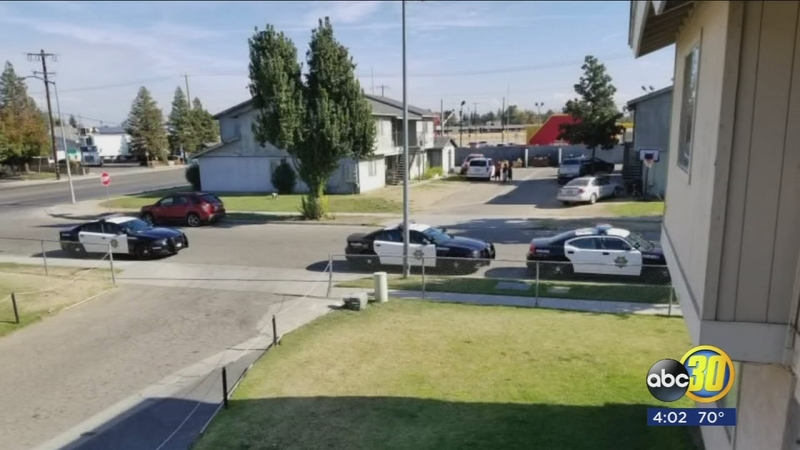 FRESNO, Calif. (KFSN) -- The two men took an undisclosed amount of cash and officers say this home invasion could have ended much worse had it not been for a neighbor that walked in on the crime.

This tiny Fresno cul-de-sac woke up Friday to a bloodcurdling scream. Shane Vang ran outside to find a crime in progress.

Vang says his mother accidentally walked in on a home invasion. Their elderly neighbors were getting robbed when she made her daily visit to check up on them.

"I look to my right I see the elderly couple, they come out the door they're all tied up, the older lady her face was bruised up a bit."

Police say the intrusion scared the two suspects off. But not before they ransacked the house, stole cash, and pistol-whipped the victims.

Vang helped free the couple, bound by rags. While his dad tried to go after the men.

"She probably saved them from being harmed even further, she did come and check on them, it's unfortunate this happened," said Lt. Mark Hudson.

Police say they do not know why this couple was targeted but that their door was unlocked.

Neighbors say the couple was in their 60s and that the violence was unwarranted.

"I don't know why they would want to hit them or rob them, it's kind of messed up," said Vang.

Detectives are checking nearby businesses for surveillance cameras.