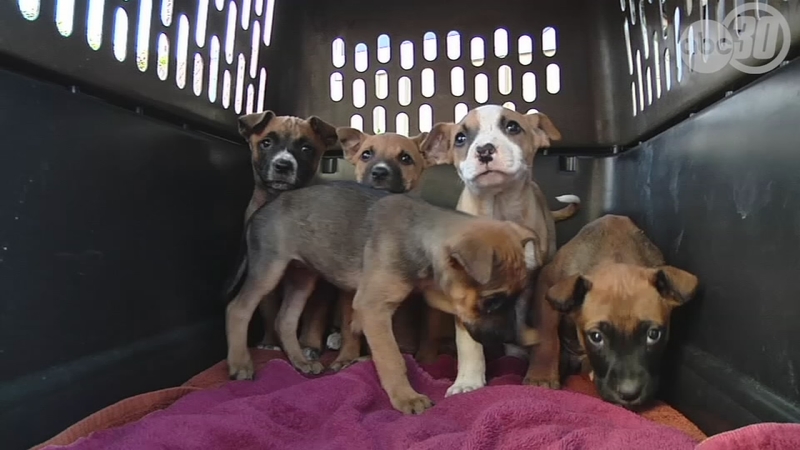 MADERA, Calif. (KFSN) -- Police said a woman abandoned puppies in Madera, leaving them without food and water. Now, they need your help to find out who did this.

The nine puppies were left alone in a box, but police now have surveillance video of the incident.

On Tuesday night, a woman in a dark four door car drives up to a car wash stall. She gets out, struggles to get the box of puppies out, then leaves them on the ground and drives away. An officer that responded to where the puppies were dumped and took them to Madera County Animal Shelter.

Kirsten Gross with the shelter said that there were actually 10 puppies, but one was dead in the box. It's not known if the puppy was dead before or after being left but she said the dogs were a little malnourished.

"Well, puppies are innocent. They need care, love and attention, food, water, shelter, and if you have a pet you need to take that responsibility and make sure they get those things. Abandoning dogs is illegal-- the easiest way to prevent this problem of course is to spay and neuter your pets and prevent unwanted puppies."