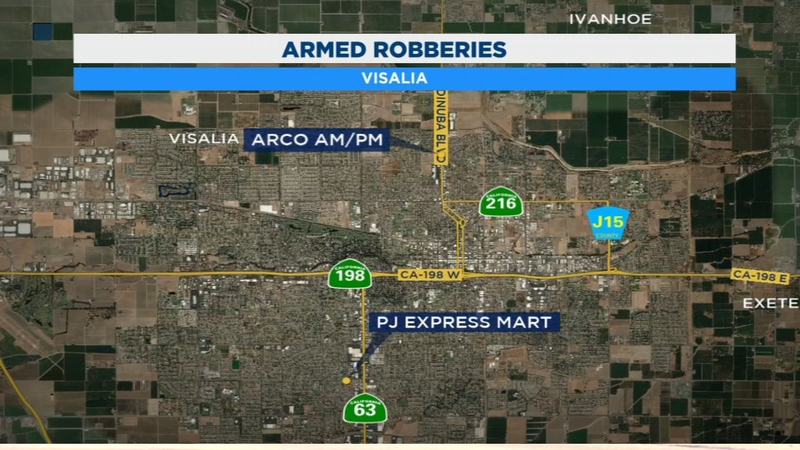 Visalia police are trying to find the suspect or suspects involved in two armed robberies at convenience stores.

The first happened at the PJ Express Mart on Whitendale near Sallee, just after midnight on Saturday.

Police say an armed suspect wearing a hooded sweatshirt and a face mask came in and stole money from the cash register.

About three hours later an armed suspect wearing a hoodie sweatshirt and a face mask held up the Arco AM-PM on Dinuba Boulevard near Riggin.

Authorities say he stole money from the safe.