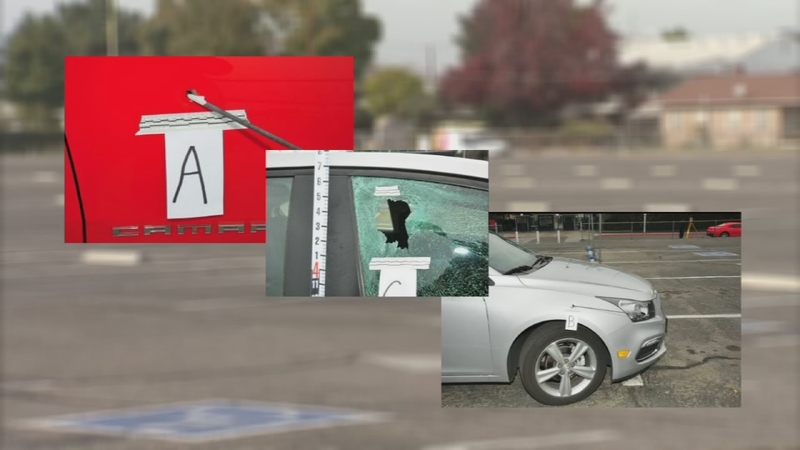 Police Chief Jerry Dyer said Monday that two officers were targeted, but the party promoter claims he did everything possible to make sure everyone was safe.

"I could see the muzzle flash coming from the southwest portion of the parking lot," officer Mikal Clement said. "At that time, I took cover behind a vehicle. As I was standing behind the vehicle I could hear it getting hit by gunfire."

Clement believes bullets fired in a parking lot outside the Fresno Fairgrounds were intended for him and other Fresno Police officers after they tried to break up a fight. "When the gunfire stopped," Clement said. "I was able to look around the vehicle, and I could see the Mercedes taking off at a high rate of speed out of the parking lot."

Behind the wheel of the red Mercedes was Tremayne Beard. Police say he led them on a pursuit going more than 100 miles an hour in a residential area before he crashed, got out and ran.

Sgt. Justin Hoagland chased after Beard, and he said he saw him toss a gun before taking him into custody. "I could have been shot, could have been killed," Hoagland said remorsefully. "So, it's just a little tough to think about."

The weekend violence included 11 separate shootings from Friday through Sunday, and it has Dyer committed to seek out gang members -- where they live, work and play. "Very seldom are police officers the intentional target of gunfire in this city," Dyer said. "Because gang members fully understand that if that does occur that there is going to be a price to pay. And I can tell you that right now the price to be paid is there is going to be an increased level of attention given to west Fresno gangs."

Lawrence Woles hosted the party and sent out these flyers to friends and associates. "Are you a gang member?" asked an Action News reporter. "No," Woles replied. "Do you hang out with gang members? Never have," Woles said adamantly. "Did you invite gang members? Never did that."

Woles said guests were checked at the door for weapons. Private security and police were patrolling inside and outside. The promoter said he did everything possible to provide a safe, fun environment. "Even though it was my birthday party," Woles said. "I'm more hurt about the person that put that extra effort out and support me, and I just ruined their night."