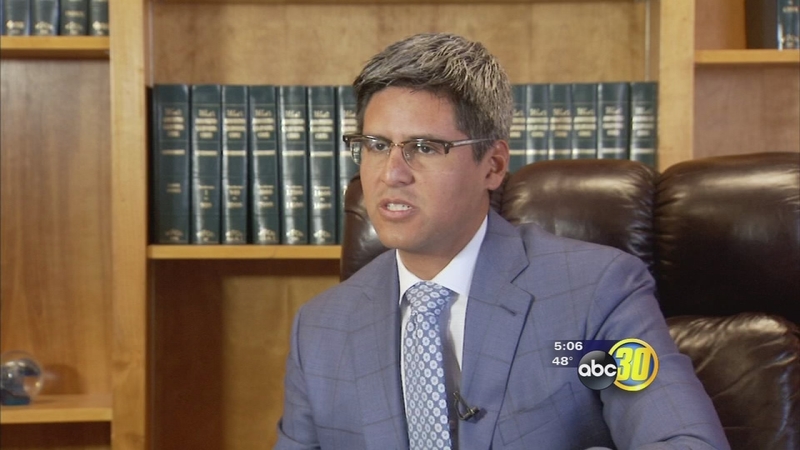 FRESNO, Calif. (KFSN) -- "Last day on the job is tomorrow, so, I am packing up my boxes and getting ready to move out," California State Assembly representative Henry T. Perea said.

Perea's Fresno office is being emptied and his seat in the state assembly will be vacant as of December 31. Because of term limits, Perea, 38, would have left the seat at the end of next year, but he got an offer he says he couldn't refuse. "I will be running the political advocacy team for PHrMA, which is a national trade association. "

He will be using the influence he gained in the state legislature to promote the drug industries political agenda. He sees it as a noble calling. "I get to work for companies that are looking for cures for some of the deadliest diseases in our time and our generation and so I get to be an advocate for those individuals ."

A special election must be held to fill the rest of Perea's term. It will be up to Governor Jerry Brown to set the date. Fresno County Clerk Brandi Orth says the Governor has two weeks to decide when that will be. "The combinations of when the election could be held could be in the dozens."

So far, there are two candidates who have said they are running, Democrat Joaquin Arambula and Republican Clint Olivier, and there could be more.

It's possible one candidate could win the special election to serve just a few months, but lose the primary for the next full term, but then end up running again in the November general election.

As for Perea, he acknowledges he's taken some heat for his decision to quit and cause this confusion. "I am not surprised at some of the criticism I've received for stepping down early, however life is full of tough choices, and potentially confusing choices at the ballot."