5 things you need to know this morning 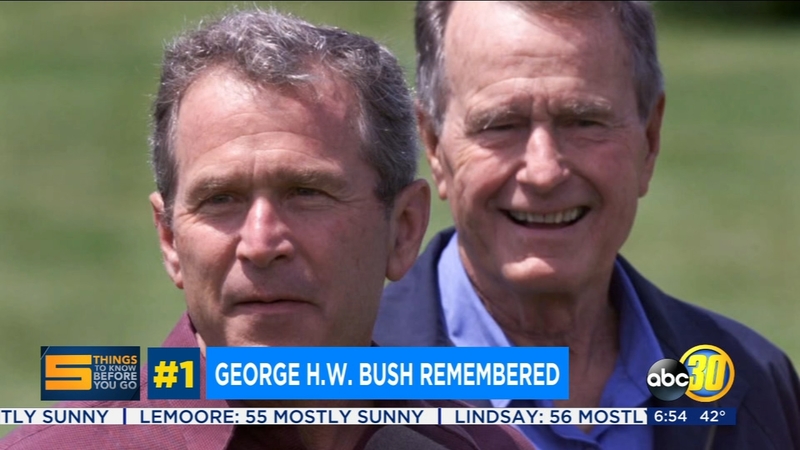 5 things you need to know this morning

At 8.30 a.m PST, the former President's remains were flown from Ellington Field Joint Reserve Base in Houston to Joint Base Andrews in Maryland. From there, his casket is being taken to the US Capitol in Washington.

Space X will attempt to launch a reusable Falcon nine booster on its third flight -- a first for the company -- at 10:32 Monday morning.

Students from the fire-ravaged town of Paradise are finally returning to class nearly a month after their town was destroyed by the Camp Fire.

A Squaw Valley man, 53-year-old Lance Legrande, who shot at deputies is scheduled in court for arraignment this morning.

Crews are repairing a Central Fresno fire hydrant after it was run over and sheared off by a semi-truck, sending water shooting up in the air.