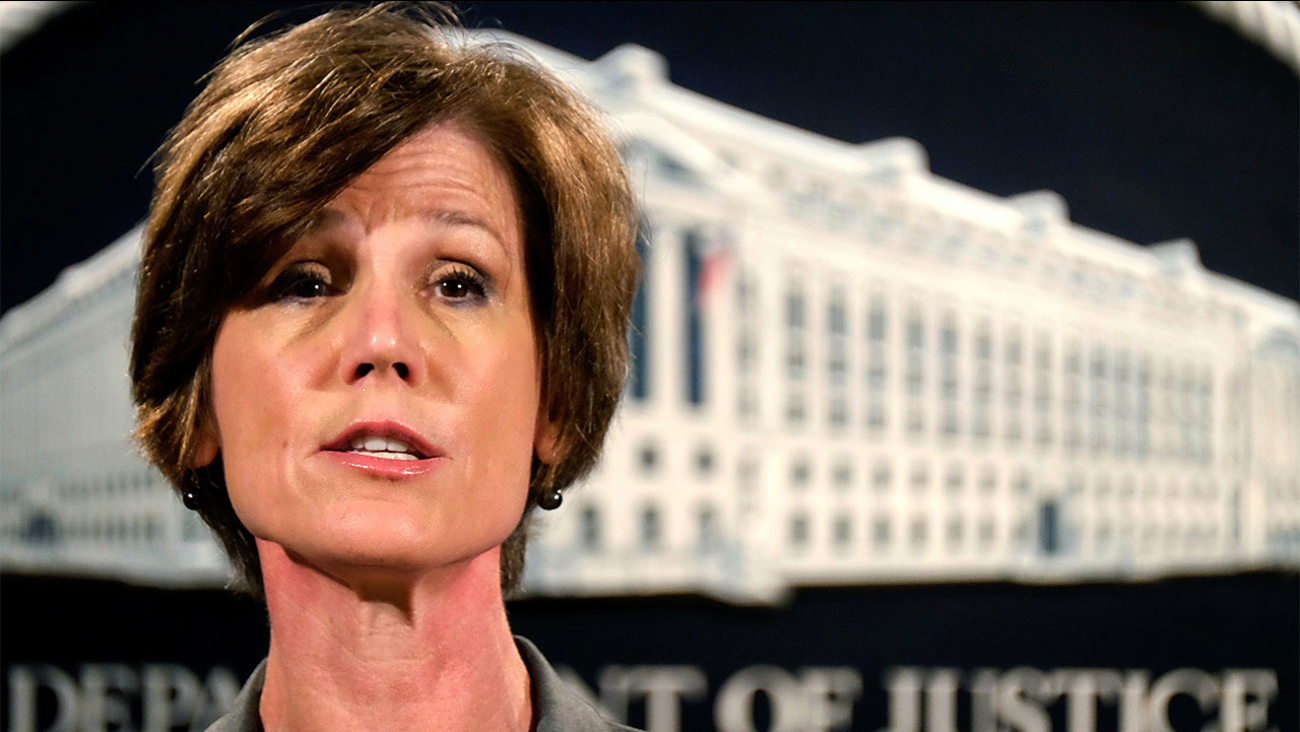 Yates said in a memo Monday that she is not convinced that Trump's order is lawful, or that its defense is consistent with the department's obligation to "always seek justice and stand for what is right."