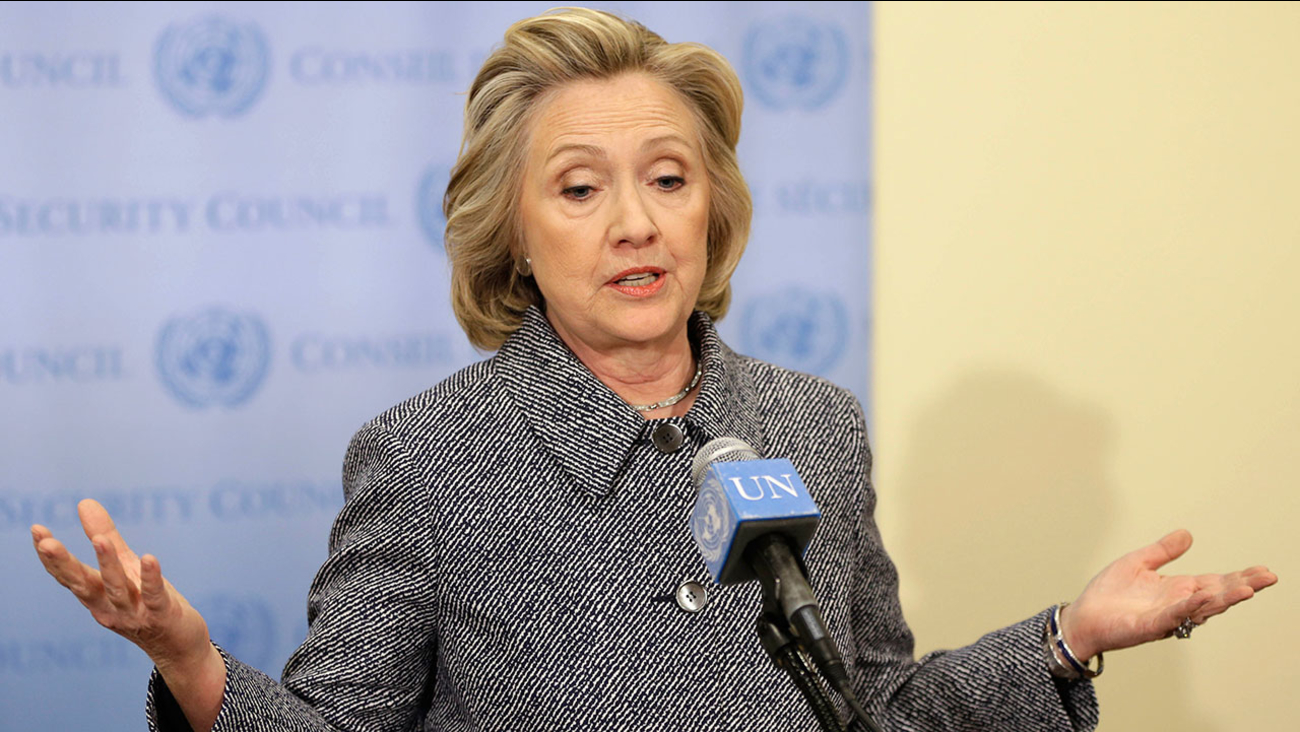 WASHINGTON -- The Associated Press filed a lawsuit Wednesday against the State Department to force the release of email correspondence and government documents from Hillary Rodham Clinton's tenure as secretary of state.

The legal action comes after repeated requests filed under the U.S. Freedom of Information Act have gone unfulfilled. They include one request AP made five years ago and others pending since the summer of 2013.

The lawsuit, filed in the U.S. District Court for the District of Columbia, comes a day after Clinton broke her silence about her use of a private email account while secretary of state. The FOIA requests and lawsuit seek materials related to her public and private calendars, correspondence involving longtime aides likely to play key roles in her expected campaign for president, and Clinton-related emails about the Osama bin Laden raid and National Security Agency surveillance practices.

"After careful deliberation and exhausting our other options, The Associated Press is taking the necessary legal steps to gain access to these important documents, which will shed light on actions by the State Department and former Secretary Clinton, a presumptive 2016 presidential candidate, during some of the most significant issues of our time," said Karen Kaiser, AP's general counsel.

Said AP Executive Editor Kathleen Carroll, "The Freedom of Information Act exists to give citizens a clear view of what government officials are doing on their behalf. When that view is denied, the next resort is the courts."

State Department spokesman Alec Gerlach declined to comment. He had previously cited the department's heavy annual load of FOIA requests - 19,000 last year - in saying that the department "does its best to meet its FOIA responsibilities." He said the department takes requests "first in, first out," but noted that timing depends on "the complexity of the request."

Carroll said the AP was filing additional requests Wednesday using FOIA and other tools following the disclosure last week that Clinton had used a private email account run on a server on her property outside New York while working at the State Department.

Clinton on Tuesday said she sent and received about 60,000 emails from her personal email address in her four years as President Barack Obama's secretary of state. She said roughly half were work-related, which she turned over to the State Department, while deleting tens of thousands more that were personal in nature.

The department says it will take several months to review the material Clinton turned over last year. Once the review is complete, the department said, the emails will be posted online.

The AP had sought Clinton-related correspondence before her use of a personal email account was publicly known, although Wednesday's court filing alleges that the State Department is responsible for including emails from that account in any public records request.

"State's failure to ensure that Secretary Clinton's governmental emails were retained and preserved by the agency, and its failure timely to seek out and search those emails in response to AP's requests, indicate at the very least that State has not engaged in the diligent, good-faith search that FOIA requires," says AP's legal filing.

Specifically, AP is seeking copies of Clinton's full schedules and calendars from her four years as secretary of state; documents related to her department's decision to grant a special position to longtime aide Huma Abedin; related correspondence from longtime advisers Philippe Reines and Cheryl Mills, who, like Abedin, are likely to play central roles in a Clinton presidential campaign; documents related to Clinton's and the agency's roles in the Osama bin Laden raid and National Security Agency surveillance practices; and documents related to her role overseeing a major Defense Department contractor.

The AP made most of its requests in the summer of 2013, although one was filed in March 2010. AP is also seeking attorney's fees related to the lawsuit.

Thomas Blanton, director of the National Security Archive, predicted the State Department would speed up its review facing legal action, particularly given that Clinton has said that her email correspondence doesn't include classified material.

"When the government is under a court deadline, or really wants to review, they can whip through thousands of pages in a matter of weeks, which they should do here," Blanton said.