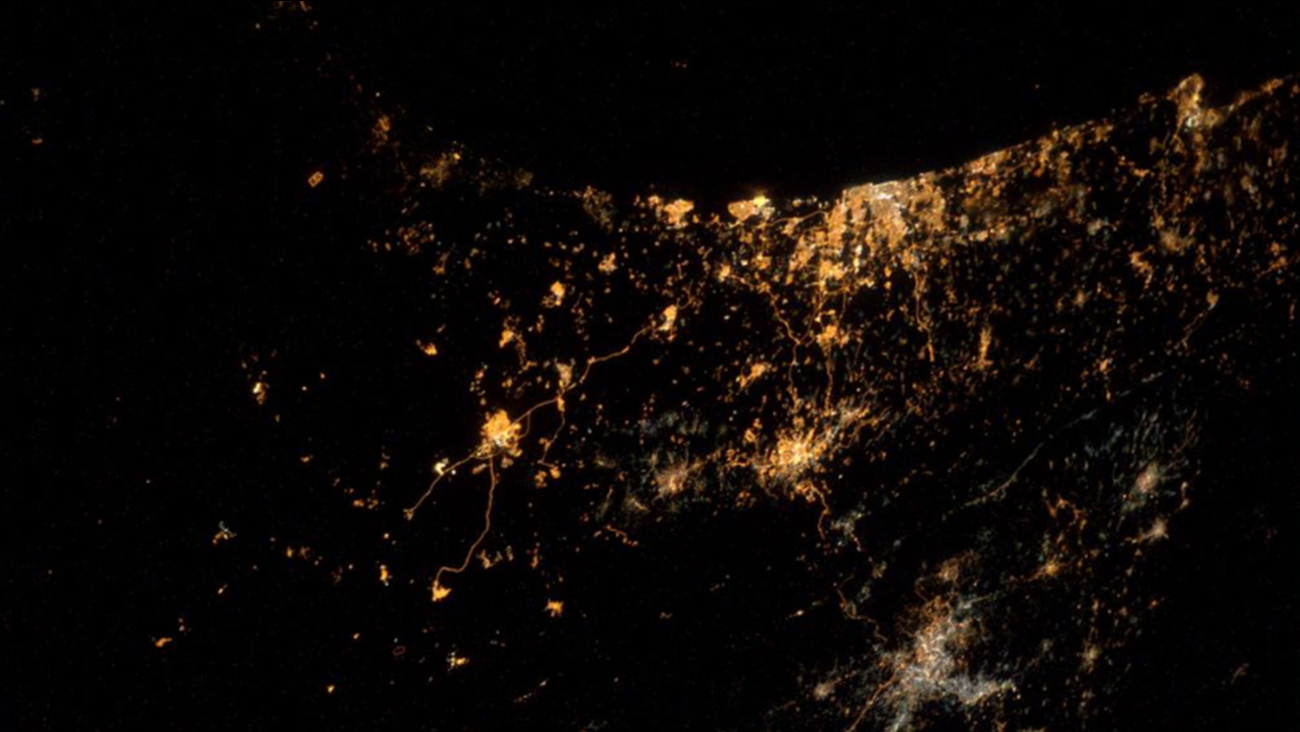 We've only been able to see images from the Israel/Gaza conflict from a ground or birds-eye view. But one astronaut captured the conflict from a lunar setting above. His image is both inspiring and heartbreaking.

German Astronaut Alexander Gerst is currently stationed at the ISS. Gerst was orbiting over the Israel/Gaza region when he tweeted a picture of the Middle Eastern areas lit up at night. His caption reads "My saddest photo yet. From #ISS we can actually see explosions and rockets flying over #Gaza & #Israel." 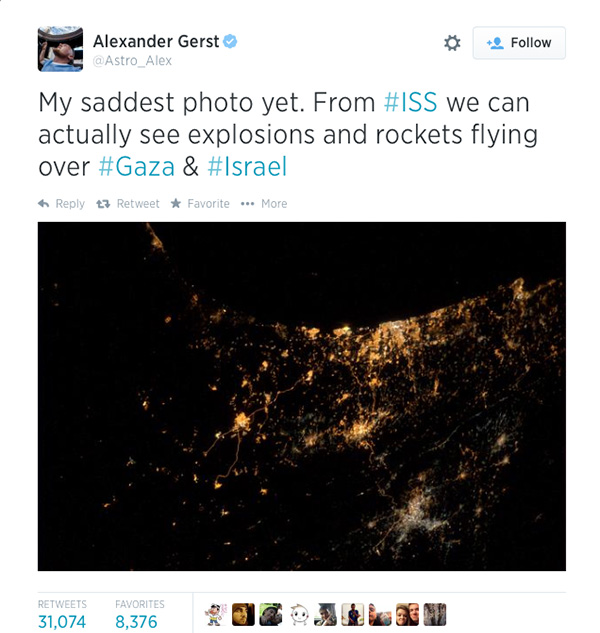 The photo in question does depict both Israel and Gaza below, but it's still difficult to confirm whether the lights seen are actually rockets being fired. Regardless, Gerst's photo has been retweeted over 30,000 times, and provides a captivating new perspective on the ever-raging conflict. 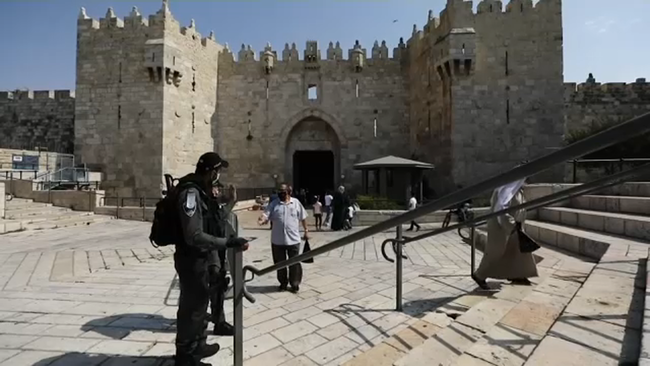 Hugging a tree can help with isolation, officials say 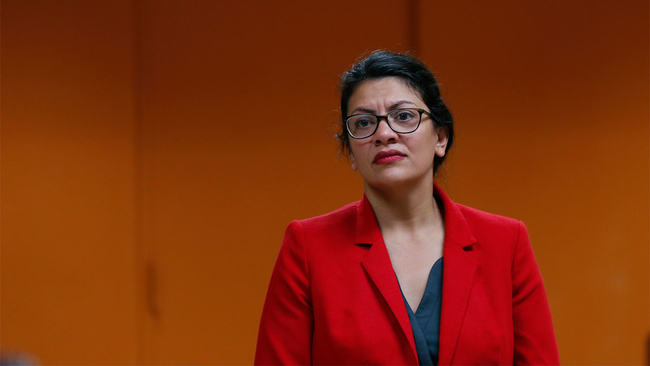