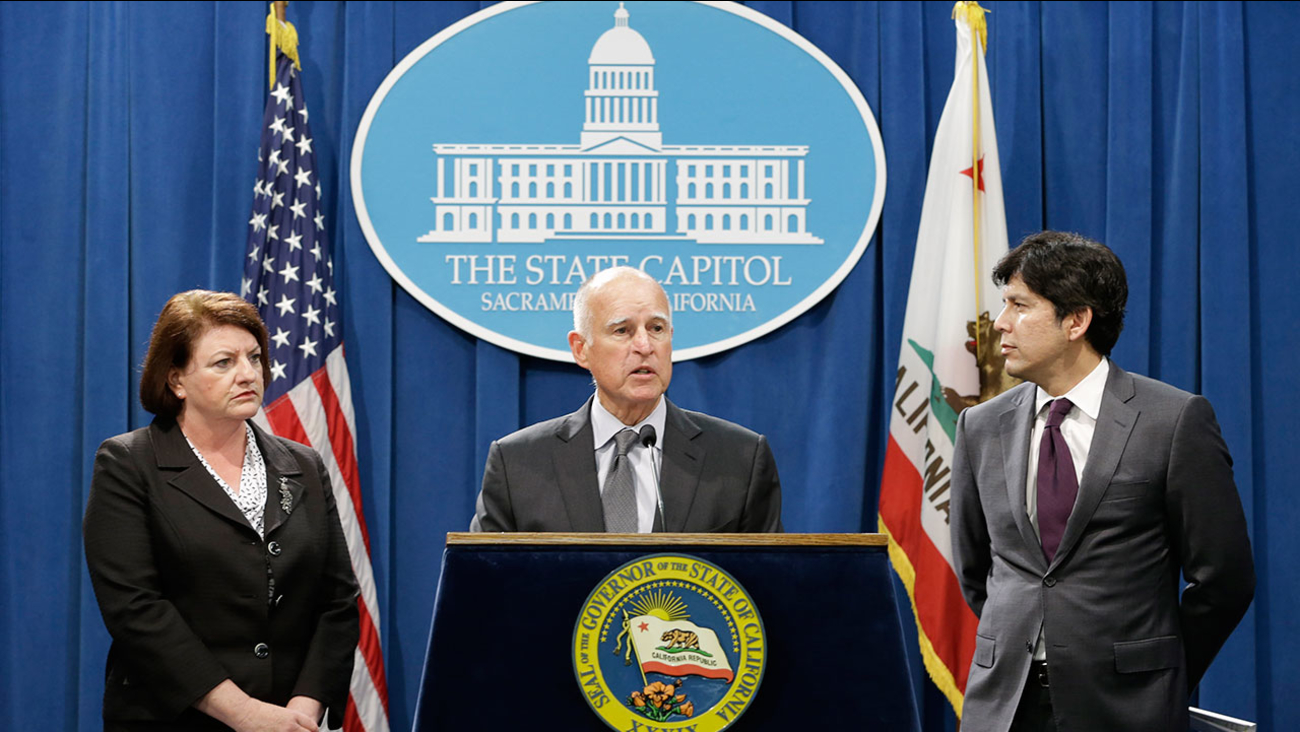 SACRAMENTO, Calif. -- A $115.4 billion budget deal would make California the first in the nation to offer state-subsidized health care to children who are in the country illegally while expanding other social welfare programs, Gov. Jerry Brown and legislative leaders said Tuesday.

The budget deal sends billions of dollars more to public schools and universities, adds spaces for state-funded child care and preschool, and creates the state's first income tax credit for the working poor.

"While Washington dithers because they can't get things done, we need immigration reform," said Senate President Pro Tem Kevin de Leon, D-Los Angeles. "The reality is many of these children, and they are children, require some kind of health care and they receive it in the emergency room."

The cost to taxpayers would be $40 million in the new fiscal year and grow to $132 million a year once fully implemented.

Republicans have questioned the cost and warned that it won't help immigrants access doctors because of the shortage of providers who accept Medi-Cal, the state's health program for the poor.

Tuesday's revised spending plan is far closer to Brown's $115 billion proposal in May than the $117.5 billion version approved a day earlier by the Democratic-controlled Legislature. It adds $61 million in spending above his May plan.

"All in all, I think the people of California can be proud of the work that's been done," Brown said.

The new deal is expected to easily win approval from the Senate and Assembly, which will schedule votes on the package ahead of the July 1 start of the fiscal year.

Brown also announced he is calling two special sessions to address how California pays for roads, highways and other infrastructure and Medi-Cal. There is a $5.7 billion annual backlog in road repairs, the administration said.

But Republicans warned that the special sessions could result in new taxes on gasoline, cigarettes and health care. "Given the $14 billion of unanticipated tax revenues the state has just received, it is difficult to understand why their starting point is to impose billions of dollars in additional taxes on hard-working Californians," said Senate Minority Leader Bob Huff, R-Diamond Bar.

Legislative Democrats had sought to restore spending on a host of social welfare programs that were cut during the recession, and they pushed to expand support for the neediest in California as the state enjoys a surplus. Their proposed budget added $749 million in new spending.

Under the compromise announced Tuesday, Brown agreed to keep some of those programs such as boosting the number of state-subsidized child care slots, giving in-home support workers a raise, and expanding health coverage to children regardless of their legal status.

The governor said he was able to fund those programs without adding to state spending by finding savings in a variety of other programs, including fixing an accounting error in health spending.

Still, advocates who had pressured the Democratic governor to expand programs were disappointed. Brown rejected proposals to allow child care workers to unionize, kept a cap on welfare payments meant to discourage low-income women from having additional children, and rejected Medi-Cal payment increases to doctors and dentists.

"This budget doesn't do anything to stop punishing poor children," said Mike Herald, legislative advocate with the Western Center on Law and Poverty.

Brown and Republicans have cautioned against overspending as the state rebounds from the economic recovery, forecasting that the state could fall short of expected tax revenues.

- $68.4 billion for kindergarten through 12th grade schools and community colleges.

- $1.9 billion to the state's voter-approved rainy day fund, bringing the balance to $3.5 billion.

- $1 billion to deferred payments owed to schools and $765 million in debt owed to local governments.

- $380 million for a new earned income tax credit to help the working poor.

Gov. Jerry Brown and Democratic legislative leaders announced a deal Tuesday for a record $115.4 billion state spending plan. It's a scaled-back version of a larger budget passed by the Legislature on Monday.

Here's a look at the spending plan for the year beginning July 1, which will return to the Legislature for a vote:

- Under a voter-approved education funding formula, state and local support for kindergarten through community college programs will rise from $60.9 billion in 2014-15 to $68.4 billion in 2015-16.

The additional money would go to expand childcare and early education funding as well as fund implementation of the Local Control Funding Formula that channels additional money to schools with high levels of low-income students and English-language learners.

In a sign of how much schools have benefited from the state's recovery, the Brown administration says K-12 funding will rise next school year by more than $3,000 per student since 2011.

- Funding for the state's higher education system climbs to about $17 billion.

- The University of California system gains an extra $120 million a year for its operating budget as part of a deal worked out with Brown. The system is eligible for another $25 million if it can enroll an additional 5,000 students by 2016-17, although UC officials call that unrealistic.

- The budget sends nearly $32 billion to health care programs, including $18 billion for the $91 billion joint federal-state Medi-Cal program that provides health insurance for the poor.

- There is also $40 million to begin extending health coverage to children from poor families who are in the country illegally, starting May 1, 2016. The cost will increase to $132 million annually once fully implemented.

Democratic lawmakers won concessions from the governor to expand social services for the poor and others, including:

- $265 million to fund 7,000 additional state-subsidized preschool slots and 6,800 child care slots while increasing pay for the teachers and caretakers.

- $226 million to end recession-era cuts in payments to in-home caretakers for seniors and disabled people.

Brown rejected other spending proposals in the Legislature's approved budget, including:

- $103 million to eliminate a cap on state welfare payments meant to discourage low-income women from having additional children.

- $82 million to begin raising payments to doctors, dentists and providers in Medi-Cal, the state's health insurance program for the poor, which will instead be considered during a special session on health care funding.

- $66 million to increase monthly grants for poor seniors and people who are blind or have disabilities.

- The budget boosts the state's reserves to a total of $4.6 billion. It also pays off state debts, including $1 billion owed to schools and $765 million owed to local governments.