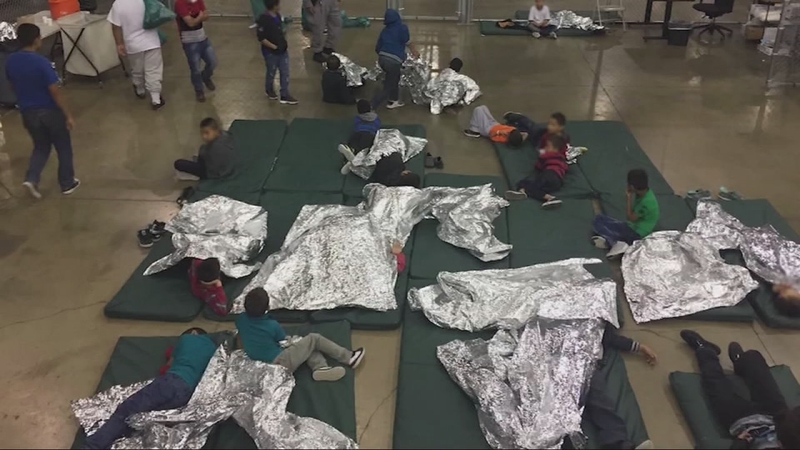 FRESNO, Calif. (KFSN) -- As pictures and audio surface of families being torn apart at the Mexico-United States border, backlash continues to spread.

Protesters are calling for change on the streets of Fresno.

"We must enforce the law, but that doesn't mean we need to separate children from their mothers or their fathers."

Costa, who toured multiple facilities Monday, says he was heartbroken by what he saw.

He said the children came from countries like El Salvador and Guatemala, fleeing violence.

The Trump administration is defending it's "zero tolerance" policy.

The administration says it's a deterrent for those who use children to claim asylum fraudulently.

But Nielsen points out, not all of the children in the care of the government have been separated from their parents at the border.

"10,000 of those currently in custody were sent by their parents with strangers to undertake a completely dangerous and deadly travel alone. We now care for them."

All of this is happening as the house is set to vote on two immigration bills this week. Democrats say both were crafted by Republicans alone, with no effort to reach a bipartisan deal.