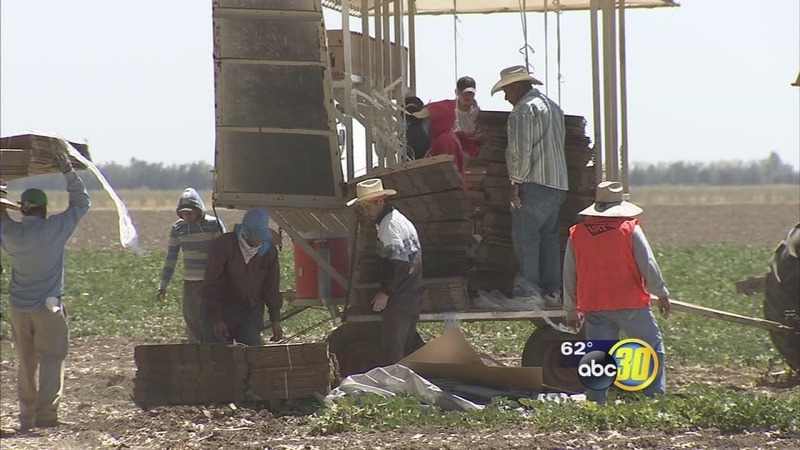 FRESNO, Calif. (KFSN) -- Central Valley citrus farmer Manuel Cunha said the results of Tuesday's presidential election had him up all night talking to people across the world.

"Talked with a couple friends in Mexico and even one or two friends who called from Honduras, El Salvador-- what does this mean?"

A troubling concern for a man who employs farmworkers who may now be deported if Donald Trump follows through with his immigration reform plan.

A plan Cunha said would jeopardize the farming industry.

"To say that you're going to put all the people back in the United States that haven't been working, you can't force somebody to work and in our industry. Agriculture construction and many of these others a lot of people don't want to do that work."

The President-Elect plans to build a wall on the Mexican border and stop the flow of Syrian refugees into the US.

"We cannot have these people come in to the United States. We don't know who they are," said Trump.

Harris Farms farmer William Bourdeau met Trump earlier this year when he came to the Central Valley to learn more about the water struggles. He does not think the wall will result in a loss of farmworkers.

"I don't think he's going to do it in a way that is damaging to our economy, people, or families."

Instead Bourdeau is eager for Trump to take over the oval office, stating the president-elect has a plan to get farmers more water.

"He understands we need to turn on the pumps. Some of the most productive farmland in the world is going without water, without jobs, hurting the economy, damaging the people in our communities, and this is because we are making bad decision and mismanaging the system."