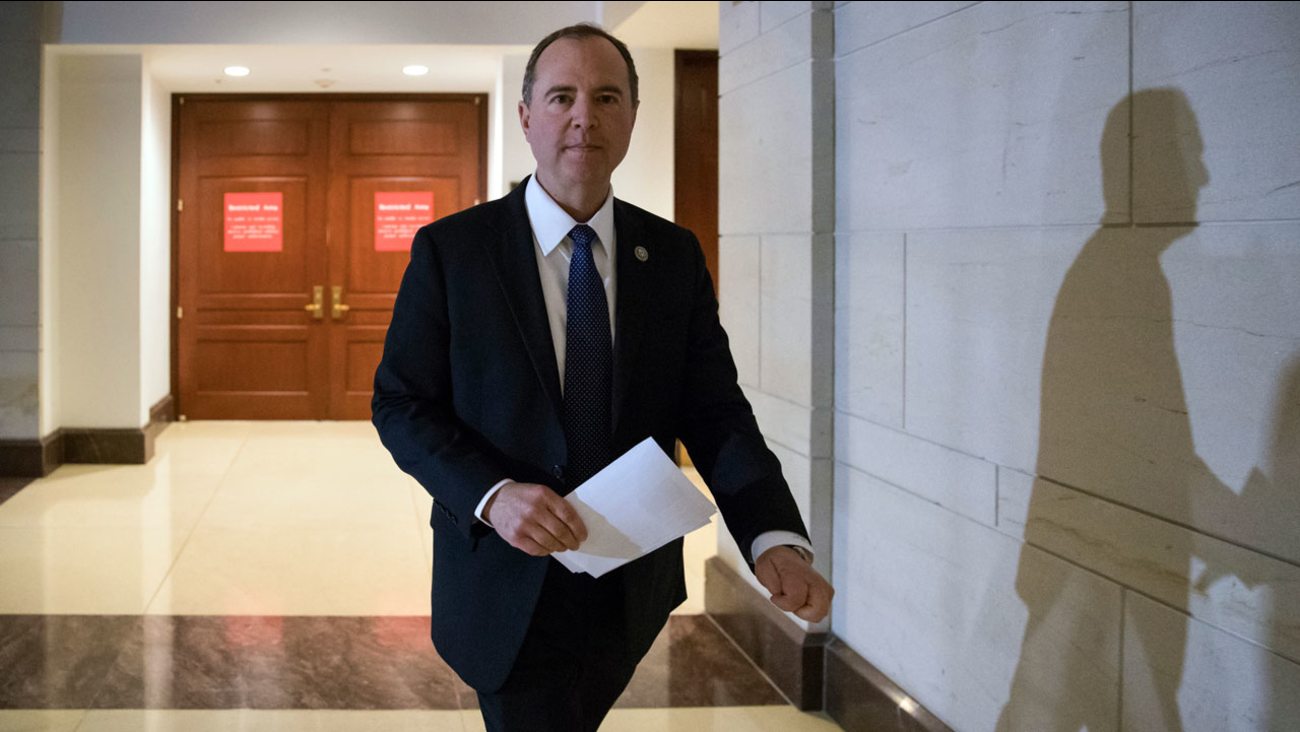 Rep. Adam Schiff leaves a secure area where the panel meets as Democrats seek to push back against a classified memo released by Republicans. (AP Photo/J. Scott Applewhite)

WASHINGTON -- Congress has released a redacted, declassified memo that aims to counter GOP allegations that the FBI abused government surveillance powers in its investigation into Russian election interference.

The release comes after weeks of back and forth over how much of the Democratic document would be redacted. The White House objected to its release Feb. 9, citing national security concerns. Democrats have since negotiated with the FBI on what should be blacked out.