Corrected ballot message for Measure P in the mail 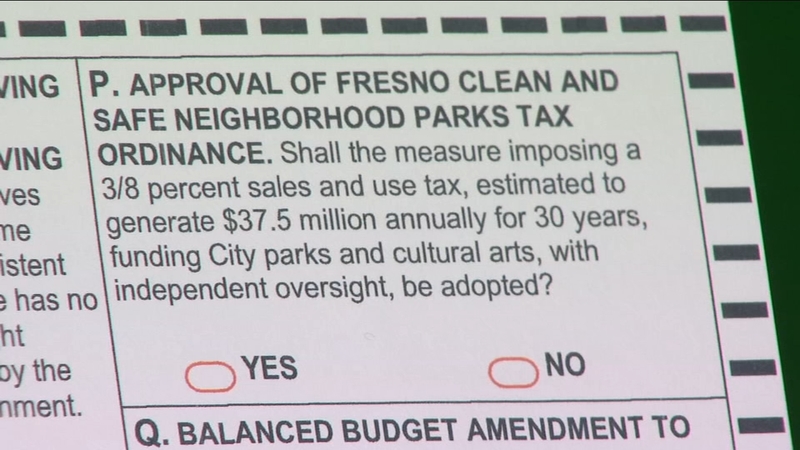 Corrected ballot message for Measure P in the mail

FRESNO, Calif. (KFSN) -- The elected officials of the city of Fresno have long argued the city doesn't have enough money to pay for new parks or to make big improvements to existing parks.

So, Measure P was born. Citizens signed petitions and got it on the November ballot. Here's how the ballot measure reads.

"Shall the measure imposing a 3/8 percent sales and use tax, estimated to generate $37.5 million annually for 30 years, funding city parks and cultural arts, with independent oversight, be adopted?"

It's actually much shorter and less detailed than the intended message. Most of the blame for the shortfall was placed on the Fresno City Clerks office. City Council member Oliver Baines told his colleagues on the council;

"This may, in fact, be one of the more unique situations we have ever encountered here."

But, fingers were also pointed at the County elections office, and at the Measure P supporters, who only noticed the error after their 10-day window to appeal the mistake had passed. But council member Steve Brandau said the city should take responsibility.

"But the truth is, one of the departments of city hall made a mistake and at the end of the day I'm a business owner if I make a mistake I have to do something to make it right. "

The final decision is to mail out postcards to the homes of registered voters with the corrected language. It will read;

"Shall the measure imposing a 3/8 percent sales and use tax, estimated to generate $37.5 million annually for 30 years, improving park safety; improving accessibility for persons with disabilities; updating and maintaining playgrounds and restrooms; providing youth and veteran job training; improving after school, arts and recreational programs; beautifying roadways; and creating parks and trails in neighborhoods without access, with citizens oversight, be adopted?"

"I feel that what was paramount was to have the voters be informed about the important decisions that take place at the ballot box and today I admire the leadership of the city council doing the best they can in a situation we all regret. "

And she did not feel the mistake was part of a conspiracy to scuttle Measure P.

"Absolutely not, I think this was an honest mistake."

Three city council members opposed the move, one argument was they felt the city postcard would be seen as an endorsement of the measure, which the city administration opposes.