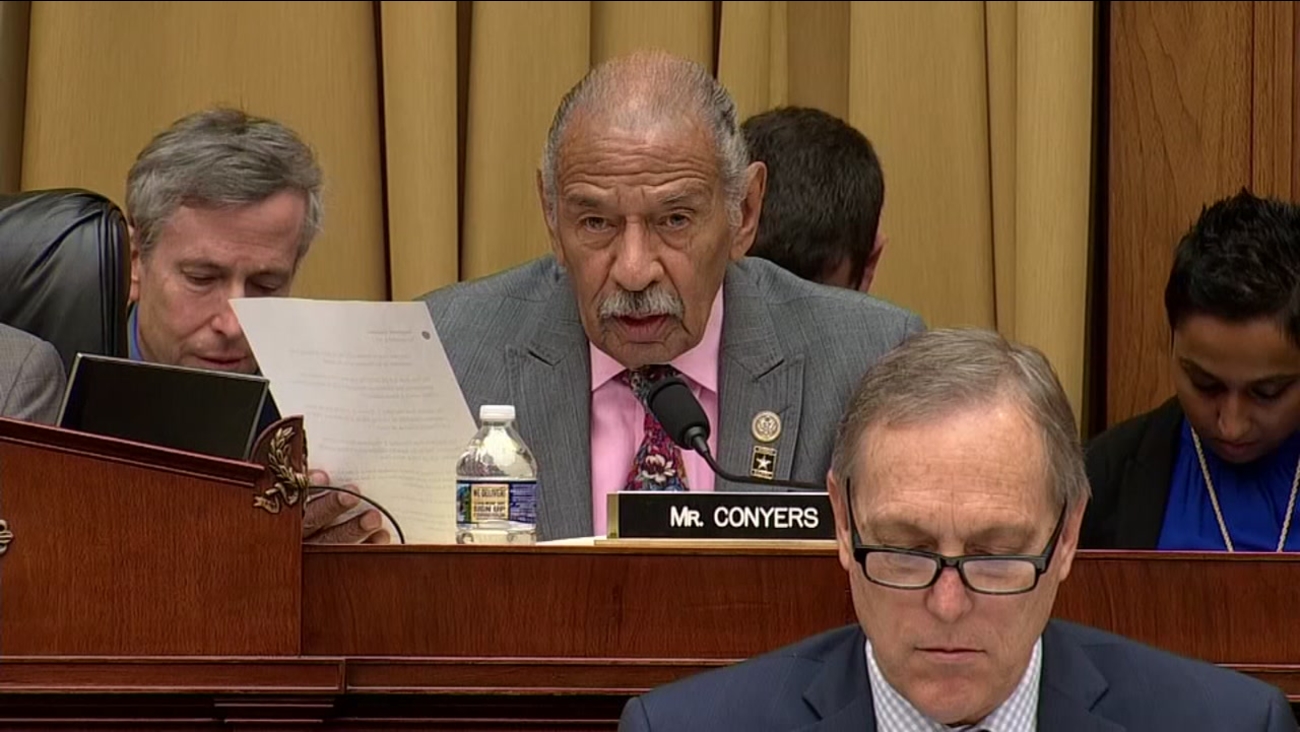 The 88-year-old Conyers made the announcement while speaking with Detroit radio talk show host Mildred Gaddis. He was not clear on when the retirement becomes effective.

"I'm in the process of putting my retirement plans together," he said from a hospital. "I am retiring today."

Conyers, who was first elected in 1964, easily won re-election last year in the heavily Democratic 13th District. But following the mounting allegations of sexual harassment, he has faced growing calls to resign from colleagues in the House, including House Democratic Leader Nancy Pelosi.

John Conyers' attorney, Arnold Reed, has said Conyers' health would be the paramount consideration in whether he decides to step down from his House seat. He has already stepped aside from his position as ranking member of the House Foreign Affairs Committee.

John Conyers returned to Detroit from Washington last week and was hospitalized on Wednesday after complaining that he felt light-headed.

The House Ethics Committee is reviewing allegations of harassment against John Conyers.

On Monday, a woman who said she worked for him for more than a decade said he slid his hand up her skirt and rubbed her thighs while she was sitting next to him in the front row of a church.

Elisa Grubbs made the allegation in an affidavit released late Monday by her attorney, Lisa Bloom. Grubbs is the cousin of another accuser, Marion Brown, who reached a confidential settlement with Conyers over sexual harassment allegations, but broke the confidentiality agreement to speak publicly last week.

Bloom posted Grubbs' affidavit on Twitter and confirmed to The Associated Press that it was genuine.

Grubbs' affidavit says that she worked for Conyers in various roles from approximately 2001 to about 2013.

"Rep. Conyers slid his hand up my skirt and rubbed my thighs while I was sitting next to him in the front row of a church," Grubbs said. "I was startled and sprang to my feet and exclaimed, 'He just ran his hand up my thigh!' Other staffers witnessed the event."

She also said that she saw Conyers touching and stroking the legs and buttocks of Brown and other female staffers on "multiple occasions."

Grubbs said witnessing such harassment "was a regular part of life while working in the office of Rep. Conyers."

One time when Grubbs was at Conyers home, she said he came out of the bathroom naked when he knew she was in the room.