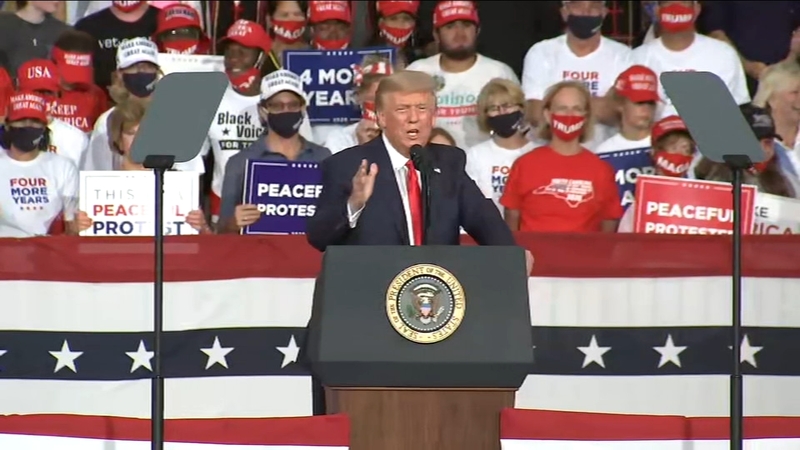 GREENVILLE, N.C. -- Former President Donald Trump is coming to the Republican Party's annual convention in North Carolina, a state whose electoral votes he won in 2016 and 2020.

The former president was scheduled to address convention-goers Saturday in Greenville. The speech to more than 1,200 supporters signals a more public phase of his post-presidency, even as Trump considers whether to run again in 2024.

Trump's appearance comes as the North Carolina Democratic Party planned its own "Day of Action" on Saturday by focusing on contacting party registrants who didn't vote in 2020 and independent voters.

Democrats had door-knocking volunteers signed up in at least three dozen counties who will pitch to residents what they call President Joe Biden's successful early-term agenda.