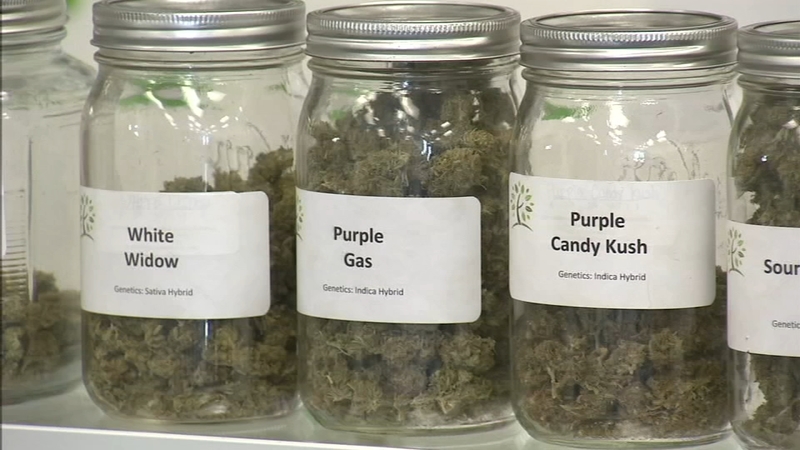 FRESNO, Calif. (KFSN) -- Fresno's marijuana ordinance narrowly passed Thursday by a vote of 4-3 paving the way for recreational pot shops in the city.

We are still several months away from legal dispensaries opening across Fresno but the city appears to be inching closer in that direction after getting this approval.

"The State voters, the City of Fresno voters, the previous council all approved adult recreational to take place a year after of their initial adoption," said councilmember Miguel Arias.

Police say there are currently more than a hundred unregulated cannabis retailers in Fresno.

Thursday's 4-3 vote calls for up to 14 dispensaries to set up shop within designated areas of the city.

"I believe its going to set some good precedent in terms of the social equity component, said councilmember Esmeralda Soria.

This program allows for a level playing field for those who apply for business licenses.

"We wanted to make sure we included veterans those who are under employed and those who receive public assistance and former foster care folks to make sure that this industry leads the effort of employing as many people that other industries have left behind," said Arias.

Despite the 4-3 approval vote, Mayor Lee Brand still has the right to veto the ordinance

He has recently voiced his concerns over bringing recreational dispensaries to Fresno.

"It is my expectation and I'm calling on the Mayor to follow through on his pledge to veto this action. So we don't bring recreational dispensaries into the city which I think is a complete wrong direction to be going," said councilmember Garry Bredefeld.