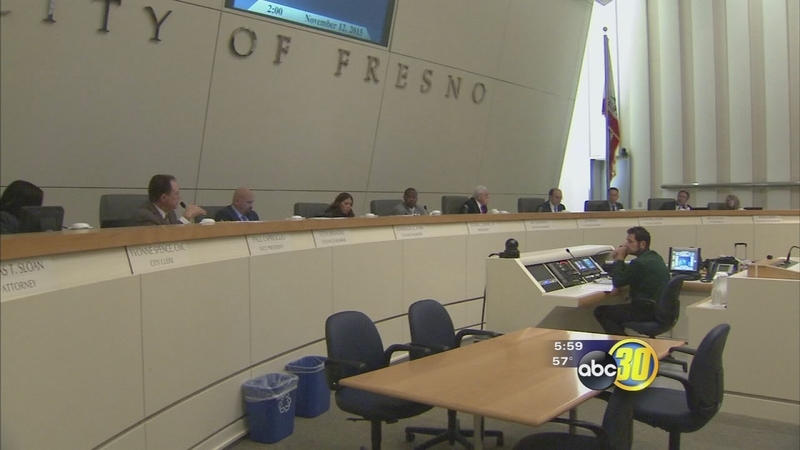 FRESNO, Calif. (KFSN) -- Some top city leaders in Fresno won't be able to get bonuses anymore.

The city council made the decision in a 6 to 1 vote today. The change affects the chief of police, the city manager and other non-union department heads.

This comes two weeks after news broke about the mayor handing out more than $200,000 in bonuses for the past few years. Information the Transparency In City Government Act requires to be posted online. However, city council members and union leaders said they were not aware of the bonuses. "We're missing two reports and we're correcting that as we speak, the council took additional steps today, I can't say I necessarily agree with the things that they passed but ultimately this is not something that is going to affect my administration," said Fresno Mayor Ashley Swearengin.