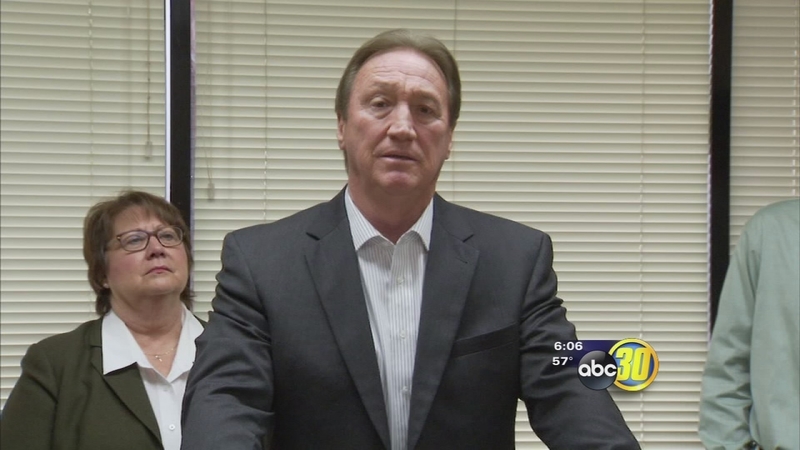 FRESNO, Calif. (KFSN) -- Many in Valley Agriculture supported Donald Trump's candidacy. Now many are hoping he is not as hard on undocumented immigrants as he said he would be.

"We encourage President-Elect Trump to secure the borders but while he's doing that he can't leave fruit on the vine when it's ripe."

The message from a group of farm, business, political and church leaders is to push the Trump administration in the direction of humane immigration reform.

"There's no need to place fear in the hearts of children, families, and parents and that's the last thing we need to do."

Manuel Cunha, President of the Nisei Farmers League, said he is hopeful because Trump is already backtracking on some of his campaign promises.

Fresno County Sheriff Margaret Mims said she will cooperate with the new administration but vowed not to help with immigration raids.

However, Mims said if she would maintain allowing federal agents in the county jail to identify criminal aliens for deportation. Something Los Angeles and San Francisco Counties do not allow.

Former Fresno Mayor Alan Autry is part of the coalition and said he believes Trump will listen to reason.

"I believe we give him a chance he's not dictator. Trump-- he's President-Elect, soon to be President Trump. I think the common sense aspect will prevail, that's my hope, I have a lot of faith in congress."