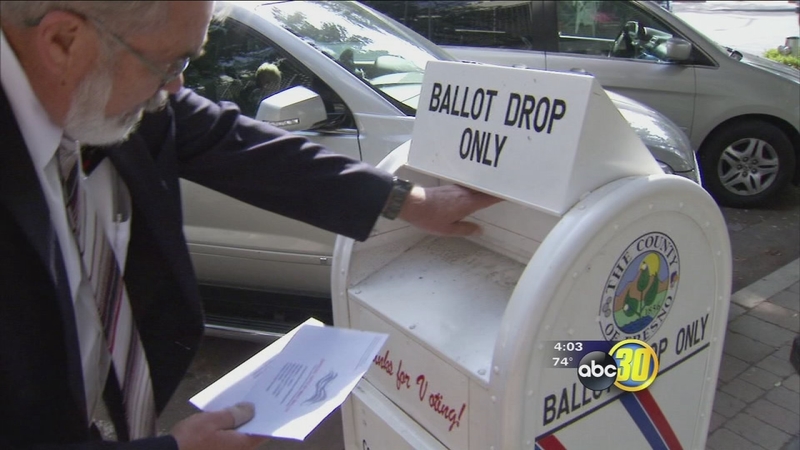 FRESNO, Calif. (KFSN) -- Judging by what we have seen at the Downtown Elections Office, Election Night should result in high voter turnout. Since the June primary, 20,000 new voters have been registered.

First-time voter Hennie Kruger was proud to drop off his ballot. Kruger became a US citizen four years ago after moving from South Africa.

"How did that feel?" an Action News reporter asked.

"Part of the family being in the United States," Kruger said. "It took 18 years to become an American citizen. It was quite a process."

The Fresno County Election Office in downtown has been a very crowded place. The amount of voters coming in and out made you think this was Election Day.

"It's really kind of exciting," Fresno County clerk Brandi Orth said. "There's actually kind of a traffic jam outside of our office. On Saturday, we were open for early voting and we served over 700 voters so that's a really great indication."

Orth was glad to see the November ballot generate so much interest. Of the over 437,000 registered voters in Fresno County, over 105,000 of them have already returned mail-in or absentee ballots.

"I think this election can maybe be compared to the November election of 2008 when Mr. Obama first came onto the scene," Orth said. "I can tell from stats that at that election there was a high voter turnout in Fresno County of about 70 percent."