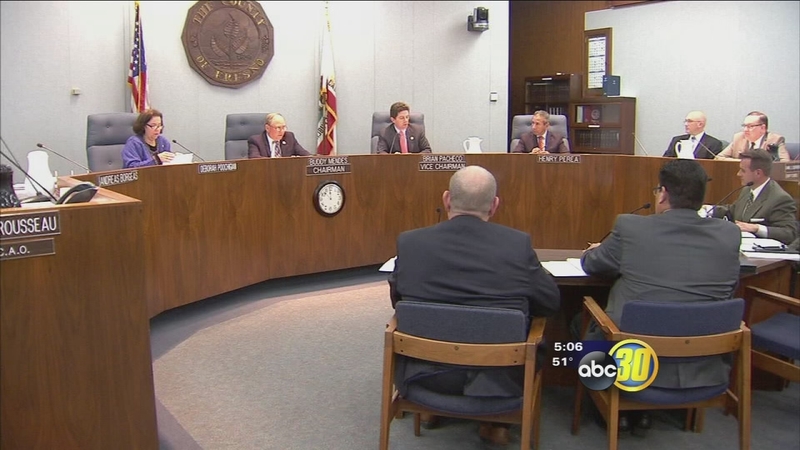 FRESNO, Calif. (KFSN) -- Prop 64 may have legalized recreational use of marijuana and personal possession of up to one ounce, but it gave cities and counties a lot of power to impose restrictions. Marijuana advocates urged Fresno County to lighten up.

"I don't expect you all to embrace marijuana, light up a joint pass it around," said Ted Miller, marijuana advocate.

But Miller wants the county not to go overboard. Especially since the county's new emergency ordinance appears to limit the right to poses' marijuana, which attorney Brenda Linder said is a violation of the new state law.

"By the language of this ordinance, you are attempting to circumvent that state law and even outlaw or ban the mere possession of someone's private residential property."

The county's attorney, Dan Cederborg, said the county is simply imposing the land use and zoning restrictions allowed under Prop 64.

"We are not dealing with the criminal part of this at all, that's part of the misunderstanding."

Cederborg told the board that while prop 64 appears to give counties the power to regulate possession, it's only because prop 64 was poorly written. He agreed to add language clarifying the county would only do what the law allows. But critics urged the county to relax.

"Let's not pass this silly resolution which violates prop 64 once it is law in two weeks," said Miller.

But despite all the confusion the supervisors passed it, saying they may modify if as time goes on. What that means is in the unincorporated areas of Fresno County recreational marijuana growing must be kept indoors and no sales can take place.