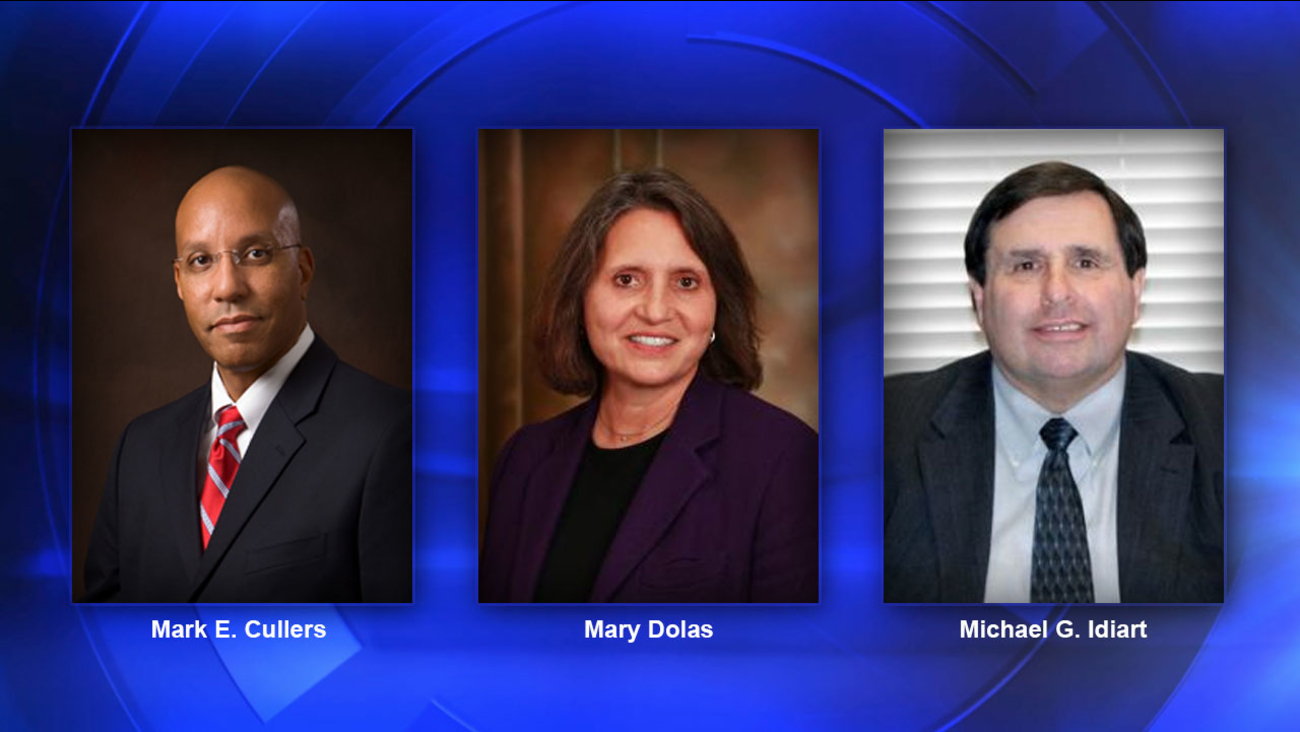 Mark E. Cullers is the United States Attorney in charge of the Fresno Office. Mary Dolas was a public defender for several years. Michael Idiart was a prosecutor and defense attorney for many years.

Cullers, 57, of Clovis, has served as chief of the U.S. Attorney's Office, Eastern District of California, Fresno Division since 2003, where he served as deputy chief from 1997 to 2003 and as an Assistant U.S. Attorney from 1988 to 1997. Cullers was an associate attorney at Kronick, Moskovitz, Tiedemann and Girard from 1986 to 1988, where he was a law clerk from 1984 to 1986. He earned a Juris Doctor degree from the George Washington University Law School and a Bachelor of Arts Degree from the University of California, Los Angeles. Cullers fills the vacancy created by the elevation of Judge M. Bruce Smith to the Court of Appeal. He is a Democrat.

Dolas, 56, of Fresno, has served as a commissioner at the Fresno County Superior Court since 2006. She served as a deputy public defender at the Fresno County Public Defender's Office from 1997 to 2006, was an attorney in private practice from 1996 to 1997 and a legal writer and analyst at West Group from 1995 to 1997. Dolas earned a Juris Doctor degree from the John F. Kennedy University College of Law and a Bachelor of Arts degree from Sonoma State University. She fills the vacancy created by the retirement of Judge Wayne R. Ellison. Dolas is a Democrat.

Idiart, 65, of Fresno, has been an attorney in private practice since 1983. He served in several positions at the Fresno County District Attorney's Office from 1976 to 1982, including chief deputy district attorney and assistant district attorney. Idiart earned a Juris Doctor degree from the University of California, Davis School of Law and a Bachelor of Arts degree from St. Mary's College of California. He fills the vacancy created by the retirement of Judge Carlos A. Cabrera. Idiart is a Democrat.