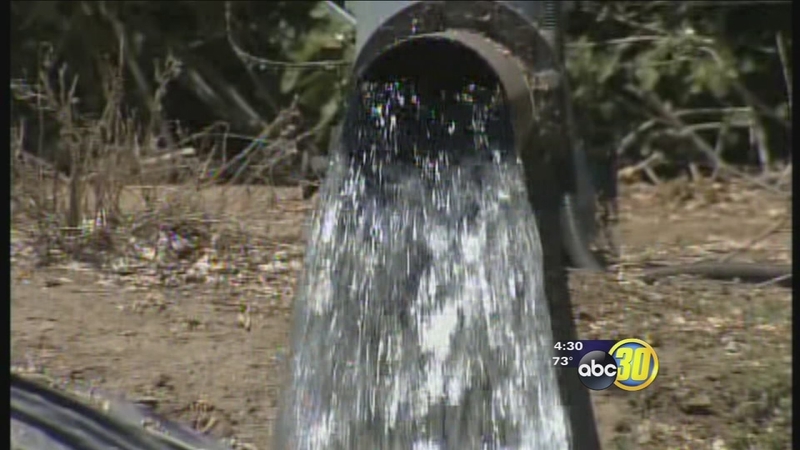 MERCED COUNTY, Calif. (KFSN) -- An historic groundwater ordinance has been approved in Merced County. But critics say it doesn't do enough to deal with the drought.

With wells running dry across the county, many residents are desperate for solutions.

Mary Hoffman with the Merced County League of Women Voters said, "In the San Joaquin Valley, we have been using groundwater at a rate that's unsustainable."

The board of supervisors first proposed a plan to regulate the transfer of groundwater in May of last year. It was sparked by two private landowners who are in the process of selling $46 million dollars' worth of water to an irrigation district that primarily serves Stanislaus County. A committee of stakeholders held months of meetings before a final draft was complete.

Consultant Sarge Green said, "If you propose to export water out of the county, you need a permit. If you overdraft water on new wells you'll need a permit, but there are exemptions."

Those permits will allow officials to consider each request individually. The ordinance will also require meter for new wells so the county can track usage.

Cole Upton said, "This ordinance is needed, is it perfect? No, but don't let the practical be the enemy of perfection here, you've got to have something, and you guys have got a start."

Several people spoke in favor of the ordinance Tuesday, despite the fact it may have flaws.

Merced County Farm Bureau Executive Director, Amanda Priest, said, "I know that going forward, we will have some issues with the implementation. I expect that, and I expect amendments down the road as well, but that's okay."

But others believe it's too little, too late.

Merced County resident Joe Mitchell said, "Until we recognize that we are pumping groundwater aquifers faster than they are re-charging, all we are doing is rearranging the deck chairs on the titanic."

The ordinance will go into effect in 30 days. The project consultant Action News spoke with says it only focuses on future groundwater transfers, so it does not appear it will do anything to stop the sale that sparked this discussion last spring.