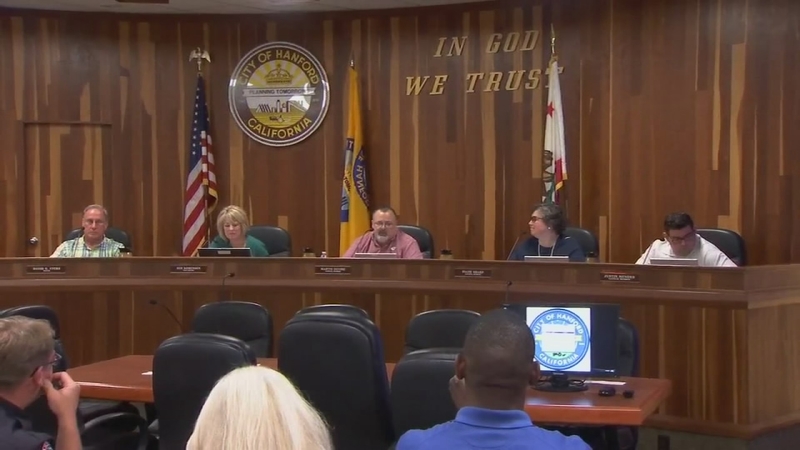 HANFORD, Calif. (KFSN) -- From U.S. District Courts to the modest city council chambers in Hanford, the same debate is playing out in towns across California.

On Tuesday, Hanford picked its side when the councilmembers voted unanimously to break from the state's sanctuary city laws and support a federal lawsuit against it.

"We have cartels active here. We have other criminal organizations active here with criminal aliens in this country," said councilmember Martin Devine.

The decision came with some criticism and condemnation.

"When people think of immigrants, they think of this demon that's going to try and hurt them, but really we just want to find better lives for ourselves," said Ella Wheatley, who recently moved the Hanford from England with her family.

SB 54, which passed last year, limits law enforcement cooperation with immigration officials. Unlike ordinances other southern Californian communities have passed, the Hanford resolution only opposes but does not openly defy state law.