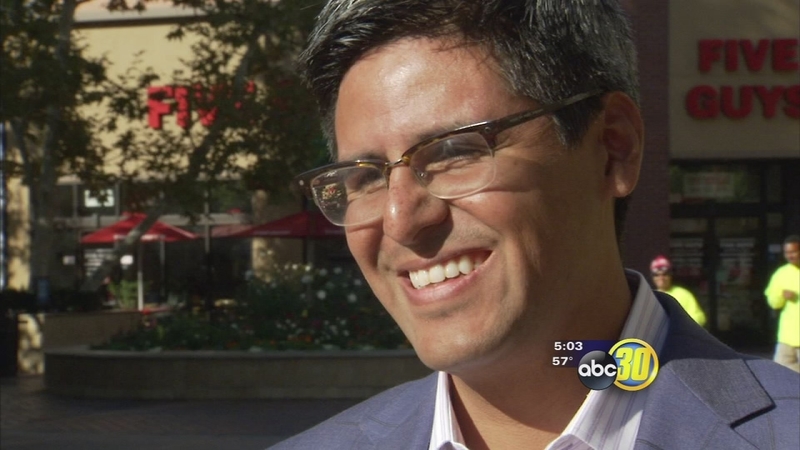 FRESNO, Calif. (KFSN) -- After five years in the State Assembly, Henry T. Perea said it's time for a change.

"I thought it was important to make my announcement today because I have been presented with several offers. I'm considering those offers and I am likely to accept on in the next ten days or so."

Known as a moderate Democrat, it's likely Perea is being considered for a governmental affairs job in the private sector. He says he would remain a presence in Sacramento "I am excited that I would be able to continue my time in California politics. "

Asked if he would be working as a lobbyist, Perea responded, "Well I mean there are different options, you know I don't want to say anything too definitive because I haven't completely settled on which choice I'm making. "

His announcement brings to mind 2013 resignation of State Senator Michael Rubio of Fresno, who left his seat early in order to take a governmental affairs job with Chevron. We asked Perea about how his constituents might perceive his resignation. "You signed on for a full term and some people are going to criticize you for leaving early, I know it's commonly done, but what do you say to folks who say you should fulfill your term?"

He responded, "So I think as I approach term limits, you know I really wrestled with leaving early, next year was going to be the end of my time in Sacramento so I had to make some tough choices, what I've learned throughout my career is that opportunities come up and they don't wait for you and you have to make tough decisions."

Under state election law, the Governor must call a special election to fill the vacant seat in from 126 to 140 days from the date a seat is vacated. Since that would not be until May, the law also allows flexibility when a special election would fall close to another election, so it's speculated the Governor would hold the vote until the June primary. Two candidates are running. Democrat Joaquin Arambula, a physician, and Republican Clint Olivier, a Fresno City Council Member.

The district covers most of the city of Fresno and the western portion of Fresno County. The 31st District is 70-percent Hispanic and Democrats have a big voter registration edge over Republicans. Perea has already endorsed Arambula.

Prior to serving in the legislature Perea served two terms on the Fresno City Council.