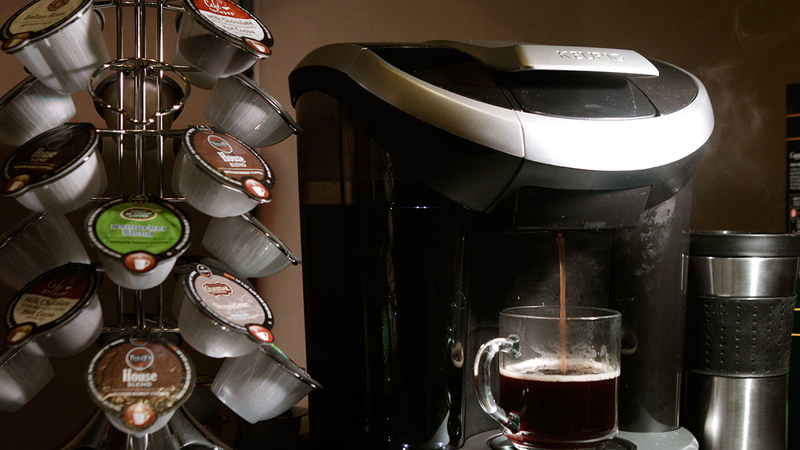 Here's why people are talking about #BoycottKeurig

You may have noticed friends on social media with strong opinions about whether or not to buy anything from Keurig.

The debate stems from Keurig's decision to pull advertising from The Sean Hannity Show after the Fox News personality's interview with Alabama senate candidate Roy Moore.

Donna, thank you for your concern and for bringing this to our attention. We worked with our media partner and FOX news to stop our ad from airing during the Sean Hannity Show.

The controversial Alabama judge, who is running in a special election to fill Jeff Sessions' vacated seat in the U.S. Senate, was accused last week of sexual misconduct by four women in a story for the Washington Post. Among the allegations was one that Moore engaged in sexual activities with a 14-year-old girl in the 1970s.

In an interview with Hannity, Moore denied the allegations and said he believes they are "politically motivated."

"After 40 years of public service... this has never been brought up it has never even been mentioned," Moore said.

In response to the interview, the president of liberal advocacy group Media Matters published a list of companies that advertise with the show.

Hannity defends child molester Roy Moore and then chastises the women that spoke out, reminding them the ten commandments say "thou shall not bear false witness."

Multiple advertisers replied, saying they were no longer running advertising with Hannity, who has both a TV and a radio show. These included 23 and Me, ELOQUII and Keurig. Hannity himself weighed in about Keurig's decision.

Deplorable friends, I am buying 500 coffee makers tomorrow to give away!! Details on radio and TV. Hint; best videos!!

In an internal memo obtained by the Washington Post, Keurig's CEO said that publishing short-term plans on Twitter was not company protocol.

Supporters and opponents alike had already been discussing the issue with the hashtag #BoycottKeurig. Some who supported Keurig's decision to pull the ads said they would #BuyKeurigForChristmas while others who supported Sean Hannity recorded themselves breaking their machines with #KeurigSmashChallenge.

And guess what, we support Sean Hannity and we will NEVER BUY KEURIG products again. #neverkeurig #wearewithsean #enoughisenough

Thank you, @Keurig. We support your company. #buykeurigforchristmas

@Keurig You did the right thing. Never can you take the side of a child molesting seven sympathiser #BuyKuerig #buykeurigforchristmas #FireHanity https://t.co/mjyFpbNik7

I'm buying one and I'm giving it as an Xmas present to all my employees and friends. #BoycottKeurig #boycotthannity #boycottfoxnews #boycottthosewhoboycottkeurig @keurig