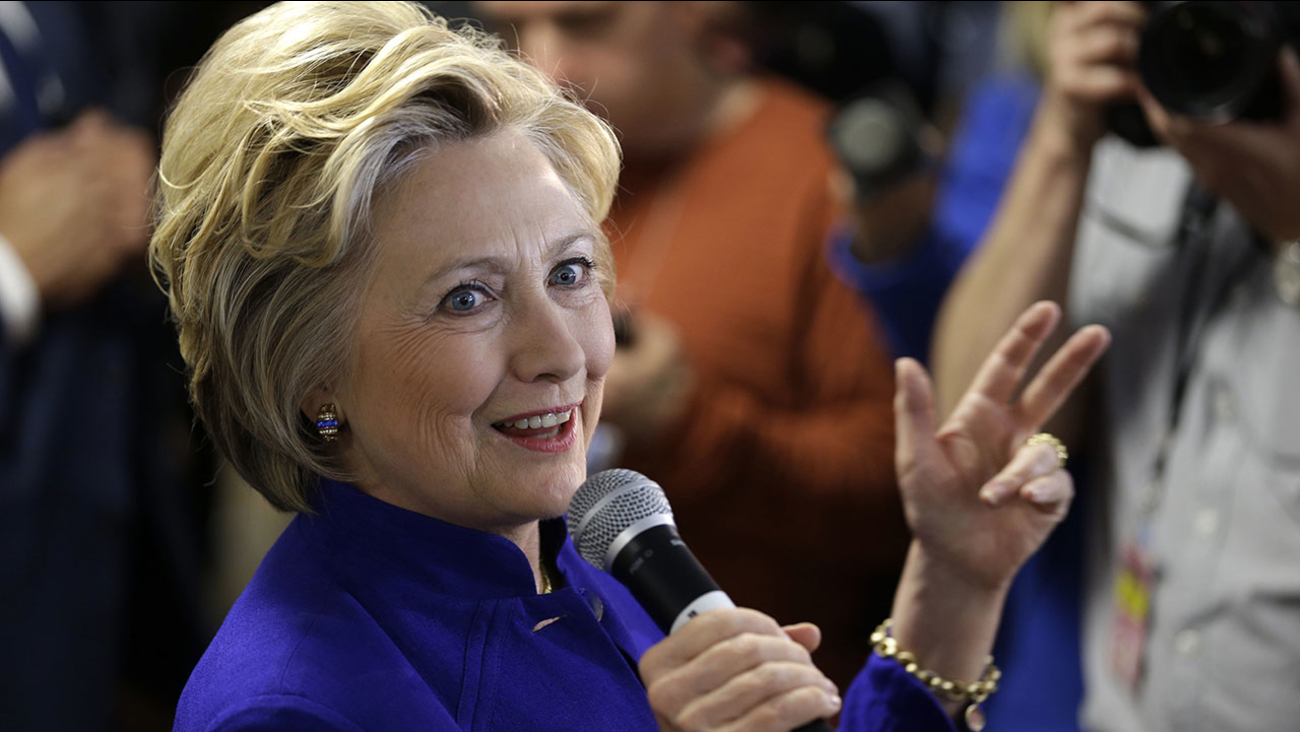 NEW YORK -- Hillary Clinton has won the Democratic presidential primary in New York, which she represented in the U.S. Senate for eight years.

Clinton beat out rival Bernie Sanders in Tuesday's election, further extending her lead in the delegates needed to win the Democratic nomination.

Most Democratic primary voters see Clinton as the best candidate to face Donald Trump if he is the Republican nominee in November, and 7 in 10 see her as the most likely eventual nominee.

Most of New York's Democratic delegates are awarded on a proportional basis by the outcome in each congressional district. New York has 247 pledged delegates at stake.
Related topics:
politicsnew york2016 electionhillary clinton
Copyright © 2021 by The Associated Press. All Rights Reserved.
2016 ELECTION