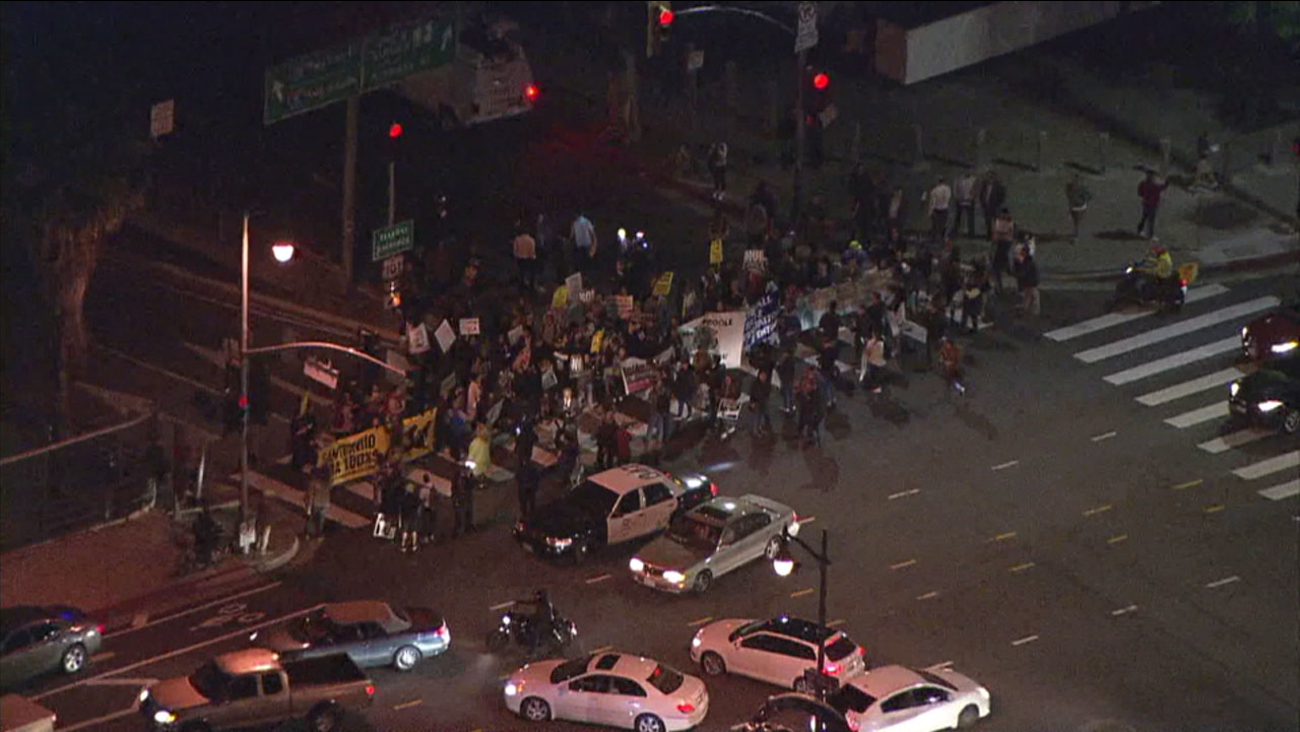 Demonstrators block the onramp to the 101 Freeway in downtown Los Angeles in protest of what they say are increased immigration raids by federal authorities.

LOS ANGELES -- Protesters blocked an entrance to the 101 Freeway in downtown Los Angeles following a demonstration against what they said were stepped-up immigration raids across Southern California.

The group held a vigil at the downtown office of Immigration and Customs Enforcement on Alameda Street. After the event, about 100-150 people moved to the area of Aliso and Los Angeles streets and was blocking the entrance to the southbound 101.

Police were present, but did not appear to making any efforts to move the protesters. There were no indications of violence or arrests at the event.

ICE said any raids conducted recently were "routine" and "ongoing" - in other words, not related to national political events.

"U.S. Immigration and Customs Enforcement (ICE) deportation officers conduct enforcement actions every day around the country and here in Southern California as part of the agency's ongoing efforts to uphold public safety and border security. Our operations are targeted and lead driven, prioritizing individuals who pose a risk to our communities," the agency said.

"There are reports that ICE today executed raids across Southern California. I have asked federal officials to disclose how many children, men, and women they have detained; what the processing time will be; what the rationale is for their detention; and I asked that everyone be offered access to an attorney," de Leon said.

"It is now clear the Trump Administration is not concerned with public safety, they are only focused on ripping hard-working men, women, and children from their families and communities. Mass deportations will not make us safer, instead they will simply undermine our state's economy."

.@ICEgov refusing to list how many were detained today or provide names. Refusing access to counsel so no way to verify what they're saying

The ACLU of Southern California said it had also heard reports of stepped-up immigration raids.

URGENT: ICE conducted multiple raids of homes across the city.
There's a call to action 5pm TODAY at the Alameda Detention Center in #DTLA