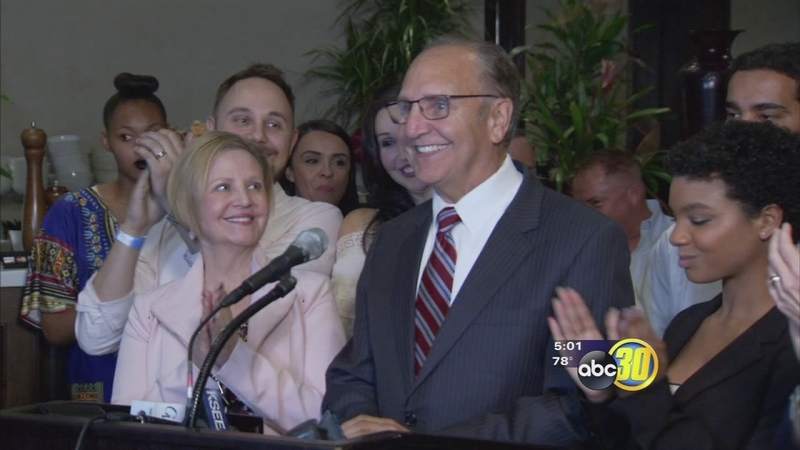 It is estimated there are still 50,000 ballots yet to be counted but Perea conceded the race Wednesday morning.

With eight years as a council member, Brand said he will not miss a beat in tackling the job of Mayor.

"I start day one off and running."

While his victory over Perea was aided by support from the current Mayor, Ashley Swearenin, Brand said he has his own ideas about running the city.

While setting his own agenda, Brand said he will continue the key programs implemented by Swearengin.

Brand said he will do everything possible to bring the High-Speed Rail maintenance facility and its projected 1,000 jobs to Fresno.

Brand has also promised to work with homeowners dealing with rusty water problems in Northeast Fresno and expand the cities code enforcement program to deal with substandard housing issues. And when asked about a possible conflict of interest because of his own property management compay, he said he plans to get out of the business before taking office as Mayor.

"I may divest myself between now and January, because I can't do two jobs anymore and focus 100-percent on the city of Fresno."

Brand has been a successful businessman, described as a millionaire. As mayor he will earn more than $135,000 a year. Overseeing a budget of over a billion dollars a year.