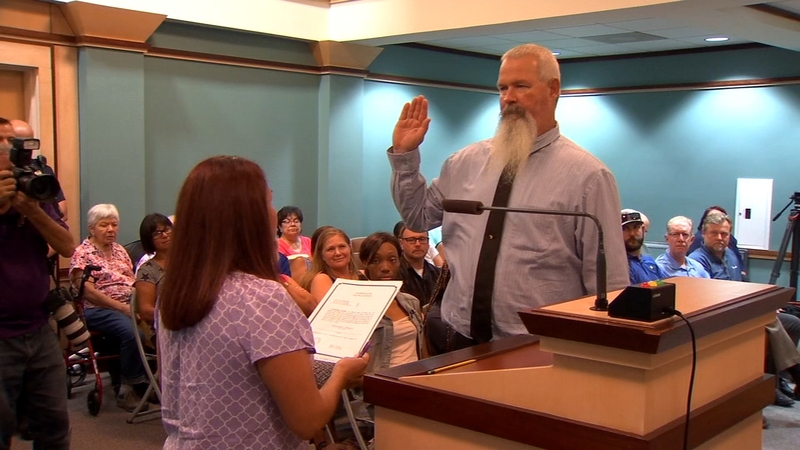 LEMOORE, Calif. (KFSN) -- It's a new beginning for the city of Lemoore.

As a newly appointed city council member, Christopher Schalde took his oath as onlookers applauded the Lemoore native. He said, serving his city is in his blood.

"I've seen the very, very goods about this town and the very, very bads and I'm nervous as can be but I look forward to helping out our community," said the newly-appointed council member of District C.

It's something he's already done, having served as a volunteer firefighter and a high school teacher, both for more than two decades.

Allen was absent for the vote, but while addressing the council, the Avenal State Prison school teacher discussed wanting to be a part of the change coming to Lemoore.

"I've never served on anything that could actually be something positive and leave a positive mark so I thought I'd throw my name into the hat," he said.

District C council member Billingsly announced his resignation after taking a job out of state.

The announcement came around the time Holly Blair lost her District E seat after missing too many meetings following a series of arrests.

"As long as we have people here for the right reasons and we can have some constructive criticism to move the city forward and do what's in the best interest of our residents I'm OK with anybody in here," said city manager Nathan Olson.

Olson says not holding a special election saved the city more than $40,000.

"Win for the taxpayers, and I'm happy with the appointments," Olson said.