Some say Pete is their pick while others just wanted to hear about his campaign.

The Democratic hopeful shook hands and smiled at guests as he entered the room.

37-year-old Pete Buttigieg, spoke on a range of issues as he made a stop at Fresno State during his 2020 presidential campaign.

"It's good to see some politicians come and see the people... the little people," said Fresno resident Dean Smith.

Buttigieg sat down for a special town hall event.

In that hour, the candidate called tariffs a tax on the people, and discussed the need for renewable energy and gun control licensing.

"If you have to license to have a car, it doesn't seem too unreasonable to have that for a deadly weapon," Buttigieg said. "Most American agree with this, most responsible gun users agree with this."

The conversation then shifted gears as Buttigieg addressed President Trump.

"First of all, I believe that the president deserves to be impeached," the candidate said.

His rhetoric drew support from some of the audience members inside.

"He seems to have a plan for a lot of the issues that we're having in this county," said Fresno resident Leslie Smith. "Women should be in control of their bodies. I support that and he does, too."

Outside the venue, Maddie Mueller, in her Make America Great Again hat, said she was there to see what the candidate had to say.

"It's just me showing pride in my president, and showing support for his campaign," Mueller said. "But today I just wanted to educate myself in his values and stuff like that."

The candidate is already on President Trump's radar. The president tweeted after the town hall was announced:

Hard to believe that @FoxNews is wasting airtime on Mayor Pete, as Chris Wallace likes to call him. Fox is moving more and more to the losing (wrong) side in covering the Dems. They got dumped from the Democrats boring debates, and they just want in. They forgot the people.....

....who got them there. Chris Wallace said, “I actually think, whether you like his opinions or not, that Mayor Pete has a lot of substance...fascinating biography.” Gee, he never speaks well of me - I like Mike Wallace better...and Alfred E. Newman will never be President!

If elected, Buttigieg would be the youngest and first openly gay president.

Buttigieg is moving up in the polls, but he still stands by other well-known hopefuls in the race including Joe Biden, Kamala Harris, and Bernie Sanders.
Report a correction or typo
Related topics:
politicspete buttigiegpresidential racepoliticstown hall meeting
Copyright © 2020 KFSN-TV. All Rights Reserved.
PRESIDENTIAL RACE 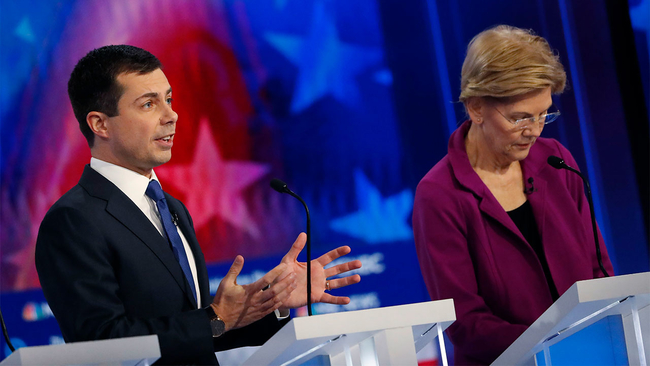 Buttigieg on his experience: 'We need something very different' 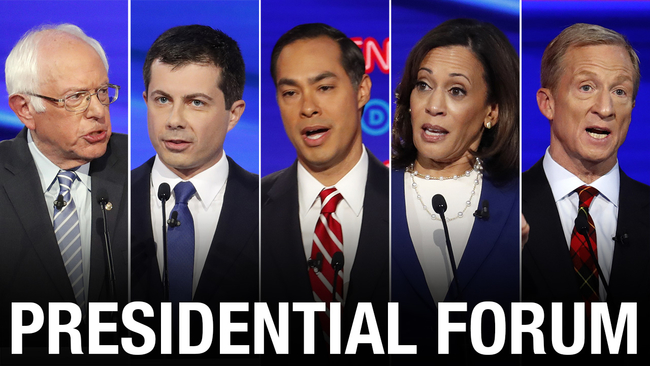