Loretta Lynch sworn in as new US attorney general 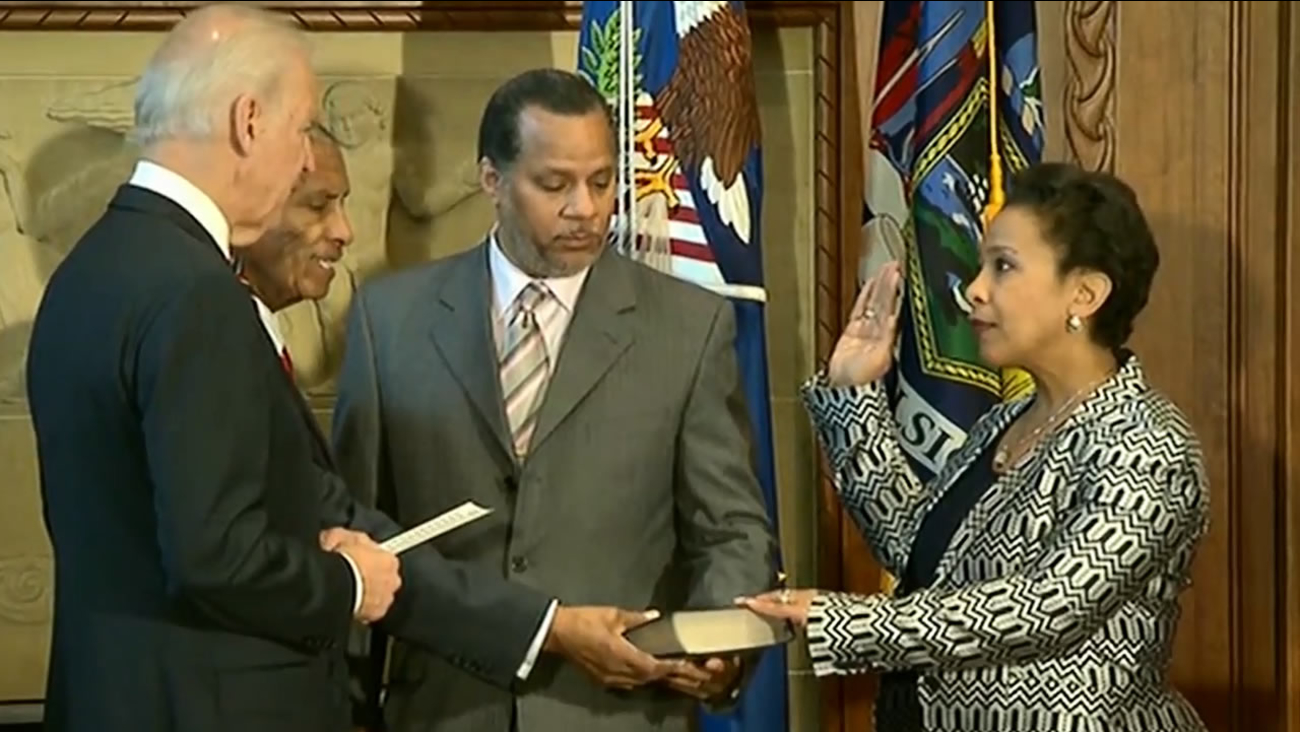 WASHINGTON -- Loretta Lynch has been sworn in as the nation's 83rd attorney general.

She was sworn in Monday at a Justice Department ceremony, with Vice President Joe Biden presiding. Lynch replaces Eric Holder, who left the job Friday after six years as attorney general.

The 55-year-old Lynch was confirmed by the Senate on Thursday following a months-long delay after her nomination got caught up in a dispute over human trafficking legislation.