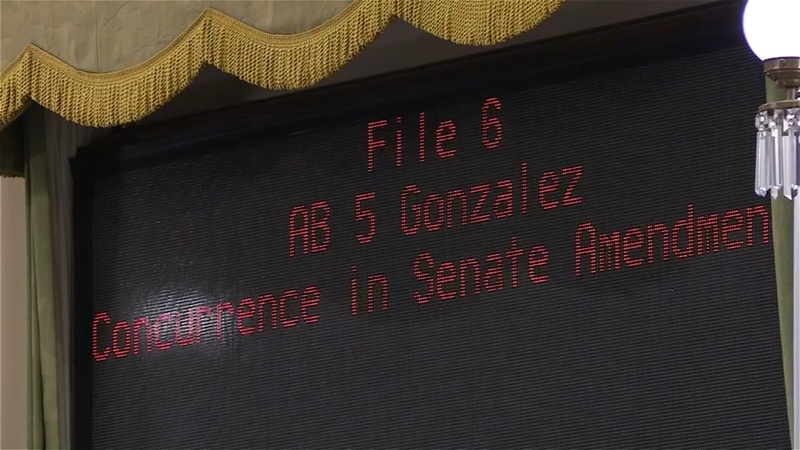 A controversial bill some say will put them out of business is being touted by its author as a way to give workers more benefits and job stability.

Assembly Bill 5 passed the Senate and Assembly - and it's expected to get the green light by Governor Newsom. But it has many business owners seeing red over what it will mean for their bottom line.

For more than 20 years the man behind Ad-Ventures Video has created commercials and much more.

But, lately Ted Ruiz Senior is the only one still employed at his company. And his 6,000 square foot building has been reduced to a small room.

"Everyone struggles to make a dollar. No matter what industry you are in," he says.

Gone are the days of bigger commercial shoots, with all the restrictions and now with AB5- there's no way it's economical or affordable for his small business, he says.

"I would utilize sometimes 10 to 15 independent contractors for once or twice a year. Well the state now wants us to open complete payroll, workman's comp, disability, social security. What that's done is forced a lot of businesses to stop supplying that service," he says.

"Licensed cosmetologists, barbers, estheticians, electrologists, manicurists - given that they provide a form 1099 to the salon when they are renting business space - can continue to conduct business as an independent contractor or small business," he says.

Senator Andreas Borgeas and Assemblyman Jim Patterson both voted against the bill.

Among the biggest companies pushing back - Door Dash, Uber and Lyft. They don't want to reclassify workers as employees.

Gonzalez contends that up to a million California workers are misclassified by businesses who just look at cutting costs. Some of the workers impacted include those in the construction field, some truck drivers and more.

Interpreting the new bill, its fine print and exclusions will take some businesses time. Ruiz is now getting creative with his craft, moving into more drone shoots that allow just one person.

"It's forcing a lot of people to do things under the table and I refuse to do it, I will do all the work myself. I will downsize," he says.