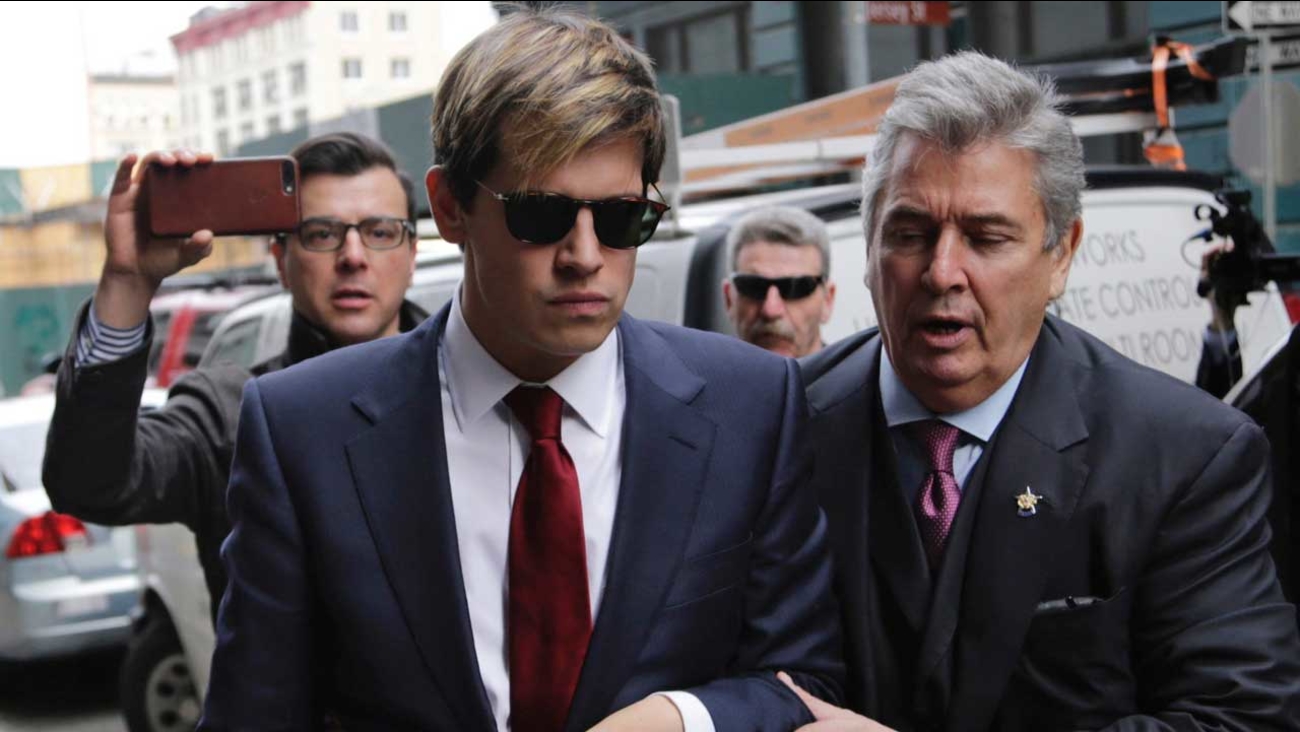 NEW YORK -- Polarizing right-wing writer Milo Yiannopoulos resigned as an editor at Breitbart News on Tuesday and apologized for comments he had made about sexual relationships between boys and men.

Yiannopoulos, speaking to reporters, said that two men, including a priest, had touched him inappropriately when he was between the ages of 13 and 16.

"My experiences as a victim led me to believe I could say anything I wanted to on this subject, no matter how outrageous," he said. "But I understand that my usual blend of British sarcasm, provocation and gallows humor might have come across as flippancy, a lack of care for other victims or, worse, advocacy. I am horrified by that impression."

He said he was resigning from Breitbart, which helped make him a star, because it would be "wrong to allow my poor choice of words to detract from my colleagues' important reporting."

The apology followed days of criticism from fellow conservatives after the release of video clips in which Yiannopoulos appeared to defend sexual relationships between men and boys as young as 13.

In one of them, Yiannopoulos, who is gay, said relationships between boys and men could "help those young boys discover who they are and give them security and safety and provide them with love and a reliable sort of rock, where they can't speak to their parents."

On Monday, he was disinvited from the Conservative Political Action Conference after video of his remarks was promoted through social media.

Publisher Simon & Schuster announced it would cancel the publication of his upcoming book, "Dangerous."

Yiannopoulos said the book had already received interest from other publishers and would still come out this year. He pledged to donate 10 percent of the proceeds to child sex abuse charities.

Yiannopoulos, who was born in Greece and raised in Britain, has long been known for provocative comments about women and Muslims and made his support for Republican Donald Trump clear in the last presidential election cycle. He was the technology editor at Breitbart News, whose former executive chairman, Steve Bannon, is now a senior adviser to Trump, who became president last month.

Before this controversy, Yiannopoulos was perhaps best known for getting banned from Twitter for helping to lead an online harassment campaign against comedian and "Ghostbusters" actress Leslie Jones.

Early in February, he was scheduled to give a talk at the University of California, Berkeley, but the speech was cancelled after violent protests.

Yiannopoulos has appeared, until now, to revel in those controversies and has portrayed himself as a champion of free speech. Tuesday's apology, he said, was the first he'd ever made.

Still, the video clips, he insisted, had been edited to remove important context. He characterized media reporting on the tapes as unfair and inaccurate.

"Nonetheless," he added, "I do say some things on the tapes that I do not mean and which do not reflect my views."

He said he "would like to restate my disgust at adults who sexually abuse minors."
Related topics:
politics
Copyright © 2020 by The Associated Press. All Rights Reserved.
RELATED 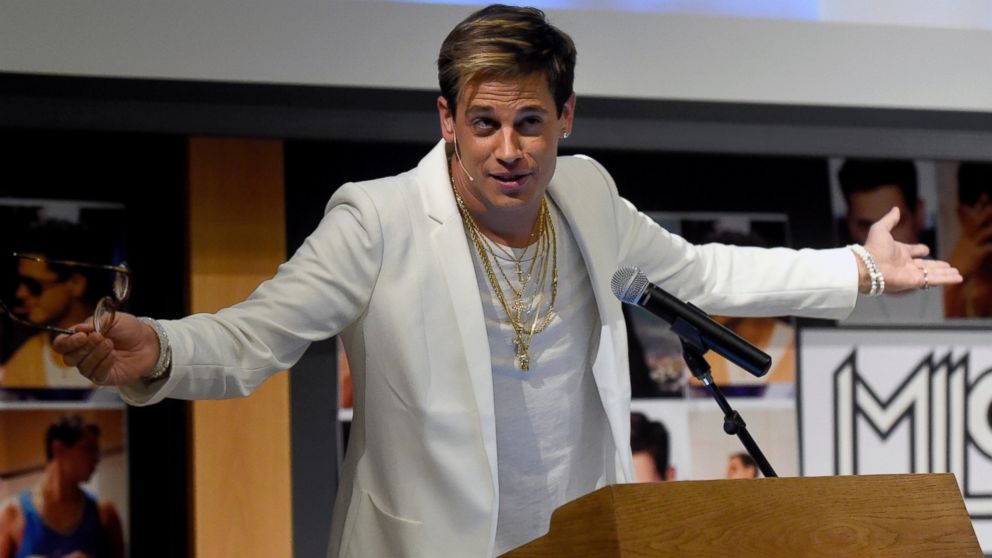