Money for repairs, visitor enhancement diverted to pay for cleaning up national parks

KFSN
By Sontaya Rose
FRESNO, Calif. (KFSN) -- Within days of the government shutdown, the heaping messes at Yosemite, Kings Canyon and Sequoia National Parks were piling up. A problem Congressman Tom McClintock found to be more than deplorable. He says they caused health and safety concerns.

"There was a lot of garbage building up in some of the areas because it couldn't be collected and there were restrooms that were overflowing because they couldn't be serviced," McClintock said.

Last week, the lawmaker wrote a letter to the Acting Secretary of the Interior suggesting funds from the Federal Lands Recreation Enhancement Act be diverted to pay for park maintenance.

RELATED: National Park Service will dip into fee revenue to clean up parks

Monday, the plan got the green light. McClintock said the previous government shutdown under the Obama administration was far worse.

"They went so far as to barricade at the highway overlooking Yosemite Valley so people couldn't even stop and get a glimpse of the valley during the shutdown. This administration has taken an entirely different approach," he said.

But not everyone sees this transfer of money as a good solution. Even in the short term, the chair of the Sierra Club's local Tehipite chapter says it's not ideal.

"Obviously we like the parks to be open and we like people to come in and enjoy them. Yosemite is the premier national park in the world really- in the country. But this is at best only a temporary expedient and I don't think it's a very good one," said Bill Fjellbo.

Fjellbo wants the government to fully fund opening all of the national parks. He is an attorney who is questioning whether the transfer of money is legal and also what services it will cover.

"Is this going to enable the visitors centers to open the Badger Pass area, to open those areas. I don't know that there's enough money to do this for any significant amount of time," he said.

"Eventually the money will run out, however the Anti-Deficiency Act also provides for continuing services in order to protect public safety, public health and federal property. So I believe we'll be able to keep the parks open throughout the shutdown," Fjellbo said.

Two maintenance companies provide cleaning and concession services at the parks. Since the shutdown started Aramark has continued to maintain Yosemite National Park at its own expense. Delaware North Corporation has also been tidying up outside it's jurisdiction, which is Kings and Sequoia National Parks. 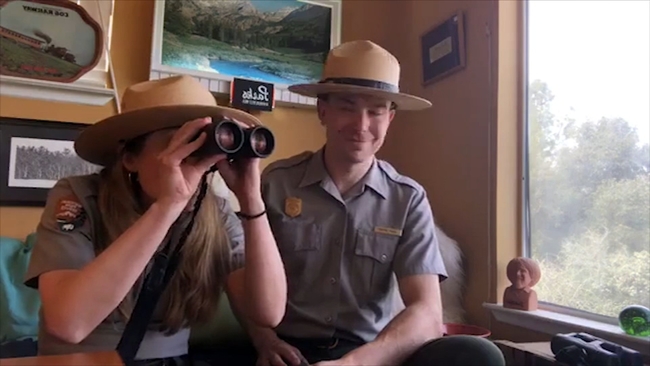