Multiple propositions on November ballot have effect on healthcare 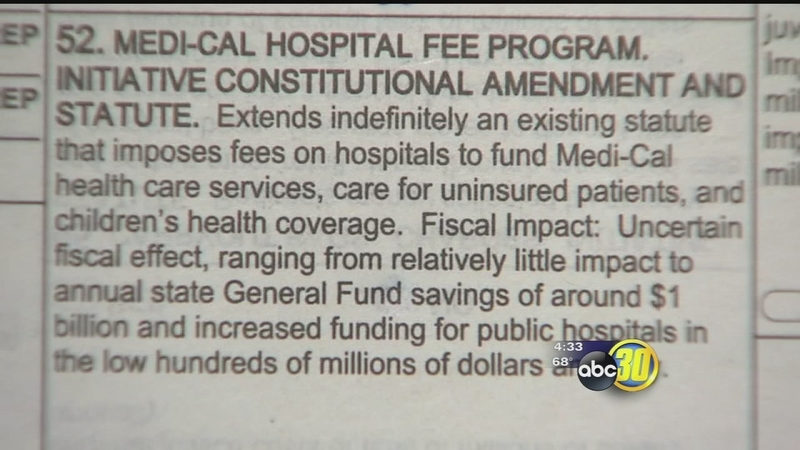 Multiple propositions on November ballot have effect on healthcare

FRESNO, Calif. (KFSN) -- The election is just one week away and two of the 17 propositions on the November ballot deal with healthcare.

Proposition 52 would permanently extend a fee on hospitals to fund medi-cal services for the poor. The fee generates $3-billion a year in matching federal funds.

But opponents of Prop 52 said the money goes to wealthy special interest groups. A no vote would end the medi-cal fee in 2018.

Proposition 61 would prohibit the state from buying prescription drugs from manufacturers at a price over than the lowest price paid by the Veteran's Administration. Supporters said it would fight price-gouging.

"With this, people have an opportunity to really get behind something that is going to be able to be transformational," said Steve Dunwitty, Yes On 61.

But Prop 61 applies only to state agencies, not individuals buying drugs. The no on Prop 61 campaign is backed by drug companies and several veterans groups.