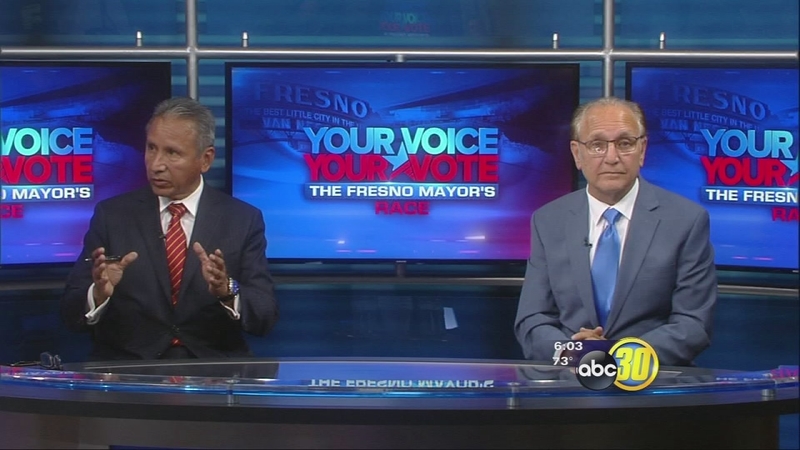 FRESNO, Calif. (KFSN) -- Henry Perea and Lee Brand matched up in 12 debates, the last one took place inside the ABC30 studios.

"We had a series of debates where the voters could see our positions on issues and how we articulate and I thinking they've made a collective decision, at least so far, that they believe I have the answers."

But Fresno County Supervisor Perea wasn't worried about the new numbers trending in his opponent's favor. He said his campaign has conducted its own research.

"Polls are polls, and I think they're good indicators of where the electorate is going and what we know based on our campaign. Based on the poll that we just received we're not behind in this race and I think it's going to show election day."

Perea said it will come down to who is most effective in getting their supporters to the polls.

"Last few days, no question, our team has shifted all resources to get out the vote. We're getting a very strong response on the phone as well as our door knocking."

Lately Brand has flooded the TV airwaves with campaign ads. He believes they have made a difference.

"We knew that once people saw who I was and could make a side by side comparison that they would choose me as a leader and the next mayor of Fresno."

We asked both candidates what their vision was for the city of Fresno.

"To make our streets safe, to empower our citizens through community-based policing, police advisory board, and to find a way through this economic incentive act that I wrote, expansion act to create thousands of jobs," said Brand.

"We have a vision of change and Lee has a vision of status quo, repeating the last 8 years for another four and I think people are ready for a safe community, a clean community. They want us to deal with slumlords," said Perea.

There were 595 actual and likely voters took part in our survey.