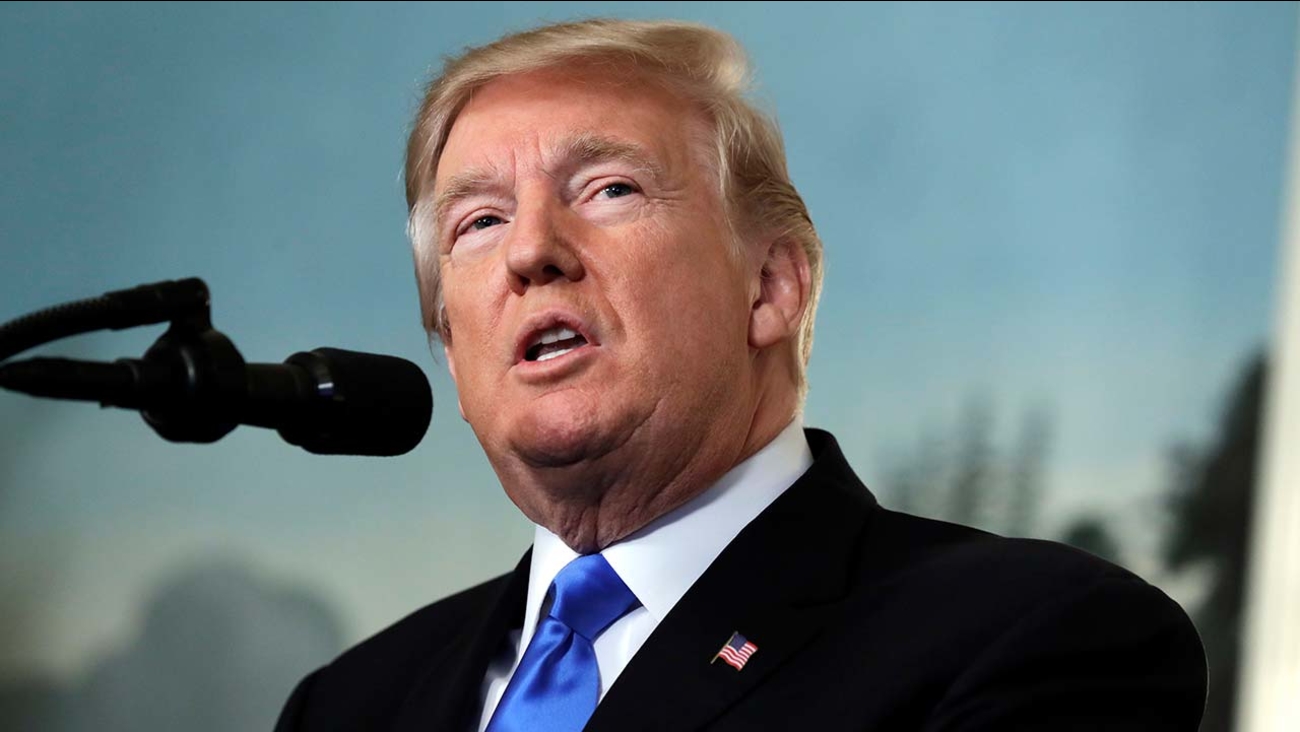 Despite urgent appeals from Arab and European leaders and the risk of anti-American protests and violence, Trump declared that he was ending an approach that for decades has failed to advance the prospects for peace. He also for the first time personally endorsed the concept of a "two-state solution" for Israel and the Palestinians, provided both sides agree to it.

"I have determined that it is time to officially recognize Jerusalem as the capital of Israel," he said in a White House address, calling it "overdue" and in the best interests of the United States. He said recognition acknowledged the "obvious" that Jerusalem is the seat of Israel's government despite the disputed status that is one of the key elements in the Israeli-Palestinian conflict.

"This is nothing more or less than the recognition of reality," he said.

Trump also directed that the State Department begin the process of moving the U.S. Embassy from Tel Aviv to Jerusalem as required by U.S. law. Officials said, however, that the move will take years to complete.

Trump maintained that his decision would not compromise the city's geographic and political borders, which will still be determined by Israel and the Palestinians.

Ahead of Trump's speech, Arab and Muslim leaders spoke about the potential for violence. In Gaza, hundreds of Palestinian protesters burned American and Israeli flags. They also waved Palestinian flags and banners proclaiming Jerusalem as their "eternal capital," language that Israelis similarly use for their nation.

Even America's closest allies in Europe questioned the wisdom of Trump's radical departure from the past U.S. position, which was studiously neutral over the sovereignty of the city.

Jerusalem includes the holiest ground in Judaism. It's also home to Islam's third-holiest shrine and major Christian sites, and any perceived harm to Muslim claims to the city has triggered protests in the past, in the Holy Land and beyond.