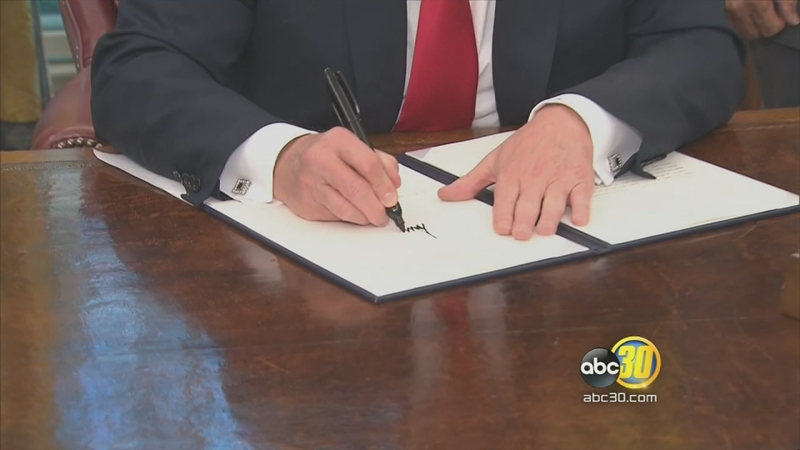 WASHINGTON -- President Donald Trump has signed an executive order to keep families together after they are detained crossing the border illegally, but the zero-tolerance of prosecution policy will continue.

Officials hope the order will end what has become a major crisis for the Trump administration.

It marks a dramatic departure for an administration that has been insisting, wrongly, that it has no choice but to separate families apprehended at the border because of the law and a court decision.

The news in recent days has been dominated by searing images of children held in cages at border facilities, as well as audio recordings of young children crying for their parents.

Trump had tweeted earlier Wednesday that he was "working on something."

"It's the Democrats fault, they won't give us the votes needed to pass good immigration legislation. They want open borders, which breeds horrible crime. Republicans want security. But I am working on something - it never ends!" he wrote.

The administration recently put into place a "zero tolerance" policy in which all unlawful border crossings are referred for prosecution - a process that moves adults to the custody of the U.S. Marshals Service and sends many children to facilities run by the Department of Health and Human Services. Under the Obama administration, such families were usually referred for civil deportation proceedings, not requiring separation.