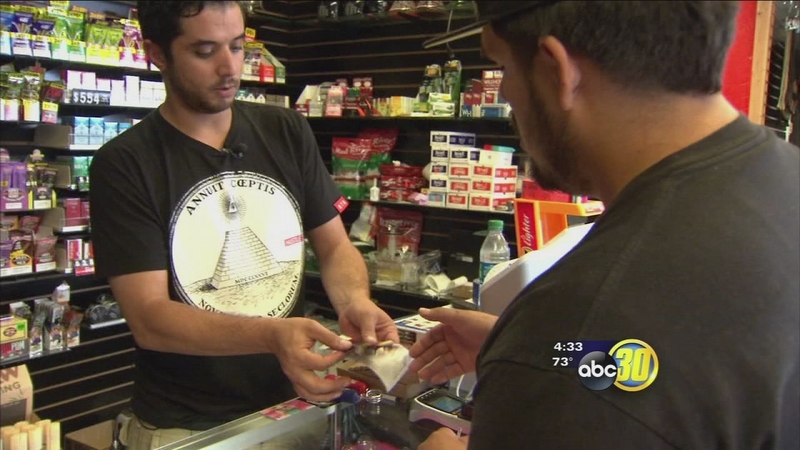 FRESNO, Calif. (KFSN) -- It could soon cost a lot more to be a smoker in California under Proposition 56 on next week's ballot. The tax on a pack of cigarettes would jump from 87 cents to $2.87 -- other tobacco products and e-cigarettes are also targeted.

Californians have twice before turned down ballot measures to increase the tobacco tax, but anti-smoking groups are once again trying with prop 56. According to our exclusive Survey USA election poll-- prop 56 is favored to pass by 60-percent

"If you don't purchase tobacco products it does not impact you," said Justina Felix, American Lung Association.

Prop 56 supporters, like the American Lung Association, said the tax hike would raise up to $1.4 billion annually to fund smoking prevention programs and provide health care for tobacco-related illness.

"The state Surgeon General has also indicated that when taxes are increased it reduces smoking in youth and young adults. That's the thing that we want that in the end, what we're doing is saving lives," said Felix.

The Surgeon General said for every 10-percent increase in the cost of tobacco products smoking goes down four-percent.