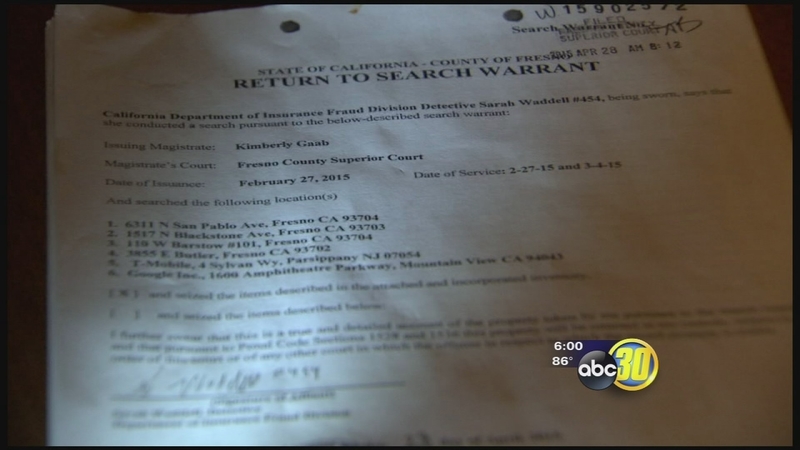 "With additional roadblocks, it may make those investigations even more difficult than they are now," said Fresno County Sheriff Margaret Mims.

But privacy advocates say you'd be shocked by how much of your personal information police can access if the laws don't pass.

The state legislature is working to shut down a very powerful technology, except in emergencies or in cases where law enforcement gets a search warrant.

When insurance fraud investigators wanted to match communications between the people involved in collisions deemed suspicious, they obtained a warrant to search T-Mobile and Google records. State senators voted this week on a bill making that the only way to access this type of record.

"They're looking at balancing privacy rights versus governmental interests in taking criminals off the streets," said legal analyst Jeff Hammerschmidt.

While these types of warrants are common already, privacy advocates say the bill is a necessary protection to keep law enforcement away from personal information, except in emergencies. They point to technology like the Stingray, which can pinpoint a cellphone's location and intercept calls and text messages.

"But right now, they can do that?" an Action News reporter asked.

"Right now they can do that and they are doing that on a regular basis," he said.

Hammerschmidt says police use of that type of technology is expanding. In fact, in response to a public records request, sheriff's deputies in San Bernardino County admitted using Stingrays more than 300 times without a warrant in the last year and a half.

But California associations for district attorneys, police chiefs, and sheriffs all oppose the Senate bill. They say it undermines efforts to stop child exploitation and other crimes, and it's an unnecessary burden to investigations.

"I would rather see them concentrate on water in California and other issues we've got that are major rather than bills like this that are redundant," said Sheriff Mims. "We already have state and federal laws to cover this."

Two years ago, Gov. Jerry Brown vetoed a similar bill, without the exception for emergencies. But Hammerschmidt says no matter the result here in California, the U.S. Supreme Court will eventually make something similar the law of the land.