Questions loom for law enforcement ahead of marijuana legalization vote 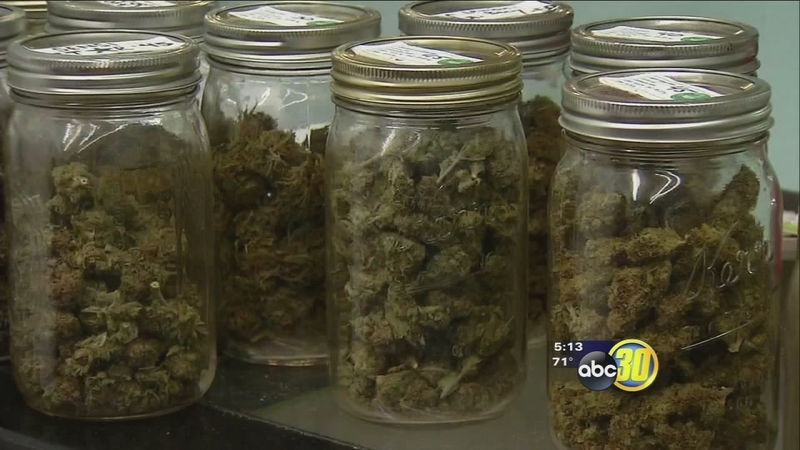 Questions loom for law enforcement ahead of marijuana legalization vote

TULARE COUNTY (KFSN) -- Among the 17 measures on the California ballot this year, maybe the most anticipated and talked about is Proposition 64.

The Adult Use of Marijuana Act would effectively legalize pot in California, 20 years after the state became the first in the country to legalize medical marijuana. If Prop 64 passes Tuesday, those over the age of 21 can legally smoke it but not on a street corner like this.

As for legally buying it, you're going to have to wait a while, while the fine details are worked out. The authors of Proposition 64 envision California to generate a lot of green if voters say 'yes' to legalizing its greenest crop on Tuesday.

Wendy Parsons will be voting 'no' on 64. Revenue or not, she said it shouldn't come from the legalization of pot.

"For certain conditions, certain medical seizure, I know there are people being helped with seizures, and I think in those settings, it's okay," she said. "But to just generally say we're going to legalize marijuana, I don't think we should do that."

In the 20 years since the state legalized medical marijuana, Tulare County sheriff Mike Boudreaux said law enforcement has been playing catch up and will have to do so again if Prop 64 passes.

Boudreaux said the black market that exists now is driven by cartels and won't go away. But what will change is their enforcement ability, even in the case of a citizen complaining about their neighbor's use or cultivation of the drug.

Prop 46 allows for possession of about an ounce, or if growing, up to six plants. Those previously convicted of marijuana offenses may be eligible for re-sentencing or early release, and those that have served their time may have their records expunged.
And if passed, state authorities would begin regulating, licensing, and taxing marijuana businesses in January of 2018. Medical marijuana card-holder and grower Shayne Smith thinks Prop 64 should be rewritten to protect the medical marijuana businesses that already exist.

"All the mom and pop's that have invested a lot of time into the medical industry in this are going to be pretty much shut down and not have anything to do with it," Smith said.

"People see that it's just legalization but it's not, it's really not," said Larry McDaniel, who opposes the measure. "It's just going to put it in the corporation's hands."

Many variables will determine the measure's effects, including how much money will be made or saved. But the state's legislative analysis assumes more hands will be reaching for pot if Prop 64 passes.

Some other things you cannot do if prop 64 passes:

Smoke while driving, have it in your possession at schools or other places where children are, and employers still have the right to have policies prohibiting the use of marijuana.