AP
WASHINGTON -- President Donald Trump made a televised plea for border wall funding Tuesday night, seeking an edge in the shutdown battle with congressional Democrats as he declared there is "a humanitarian crisis, a crisis of the heart and a crisis of the soul."

Addressing the nation from the Oval Office for the first time, Trump argued for funding on security and humanitarian grounds as he sought to put pressure on newly empowered Democrats amid an extended partial government shutdown.

Trump called on Democrats to return to the White House to meet with him, saying it was "immoral" for "politicians to do nothing."

Responding in their own televised remarks, Democratic House Speaker Nancy Pelosi and Senate Minority Leader Chuck Schumer accused Trump of misrepresenting the situation on the border as they urged him to reopen closed government departments and turn loose paychecks for hundreds of thousands of workers.

Negotiations on wall funding could proceed in the meantime, they said.

Schumer said Trump "just used the backdrop of the Oval Office to manufacture a crisis, stoke fear and divert attention from the turmoil in his administration."


Trump, who has long railed against illegal immigration at the border, has recently seized on humanitarian concerns to argue there is a broader crisis that can only be solved with a wall along the U.S.-Mexico border. But critics say the security risks are overblown and his administration is at least partly to blame for the humanitarian situation.

Trump used emotional language, referring to Americans who were killed by people in the country illegally, saying: "I've met with dozens of families whose loved ones were stolen by illegal immigration. I've held the hands of the weeping mothers and embraced the grief-stricken fathers. So sad. So terrible."

President Trump talks about crime at the southern border

Trump has been discussing the idea of declaring a national emergency to allow him to circumvent Congress and move forward with the wall. But he made no mention of such a declaration Tuesday night.

RELATED: Trump threatens to keep the government shut down for a year or longer

Democrats have vowed to block funding for a wall, which they say would be immoral and ineffective, and have called on Trump to reopen shuttered portions of the government while border negotiations continue.

Trump's refusal to sign a budget without billions for the border has forced a partial government shutdown, and left hundreds of thousands of federal workers, including air traffic controllers, national park employees and IRS workers, furloughed.
The shutdown, now in its 18th day, is the second-longest in history. Many federal workers have been thrown into financial difficulties after facing missed paychecks, and leaders across the political spectrum have been growing anxious about its impact.

This story will be updated.
Report a correction or typo
Related topics:
politicsdonald trumpcrisis at the borderborder wallgovernment shutdownpresident donald trumpimmigrationborder crisis
Copyright © 2020 by The Associated Press. All Rights Reserved.
PRESIDENT DONALD TRUMP 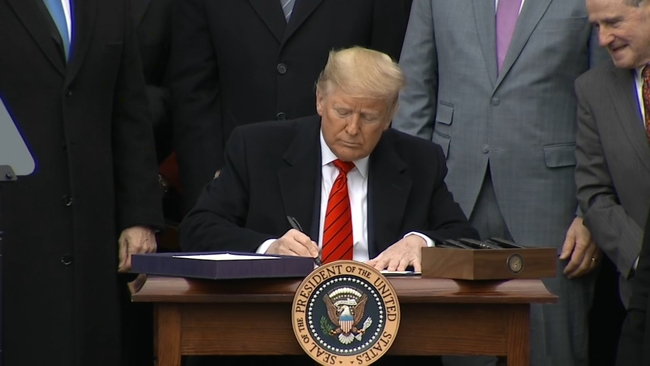 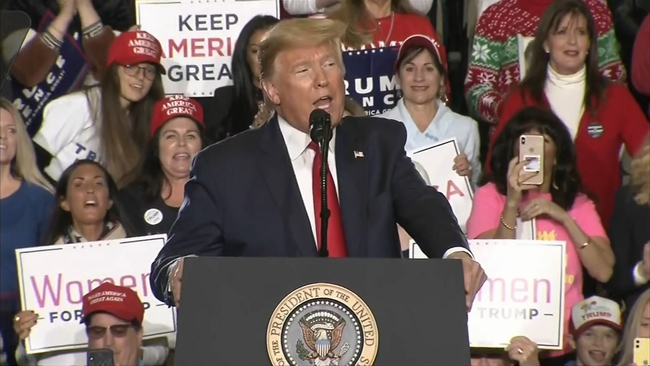