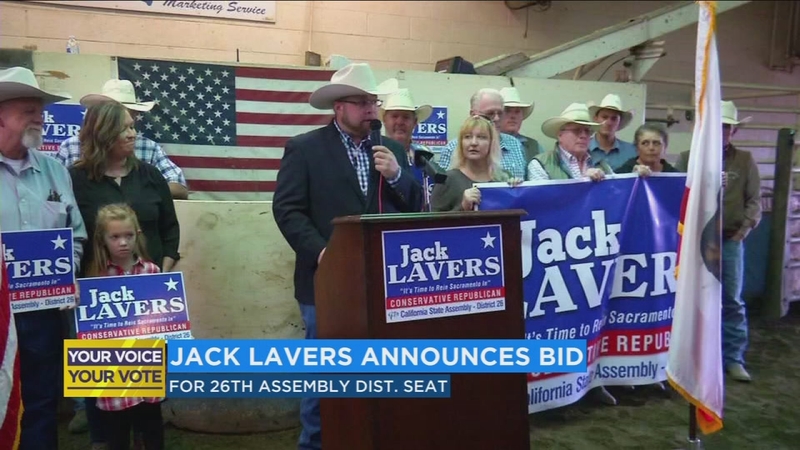 Visalia Mayor Warren Gubler has also announced, he is running for the seat.

If elected, the 34-year old Lavers says he will vote against increased regulation and taxation, without representation.

"When I start a job, I finish a job, on time and under budget. And although this race won't be easy, I'm going to fight for you, your family, your business, and for the generations to come," said Jack Lavers.