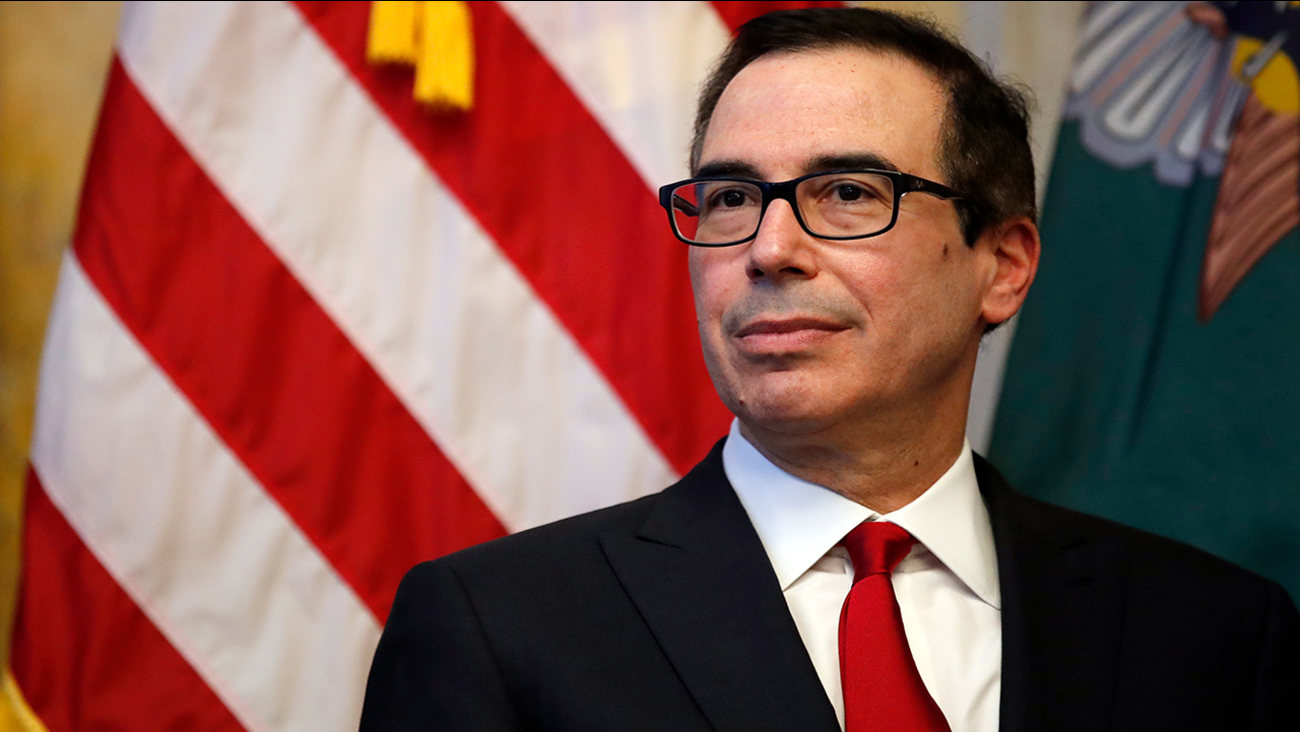 
The box was found Saturday at the home of Mnuchin's neighbor in the wealthy Bel Air neighborhood in Los Angeles. The LAPD bomb squad responded to the package, which police say was marked as being from "the American people."

Secret Service spokesman Cody Starken said Monday that the agency was contacted by Los Angeles police and interviewed a person who claimed responsibility. He declined to identify the person.