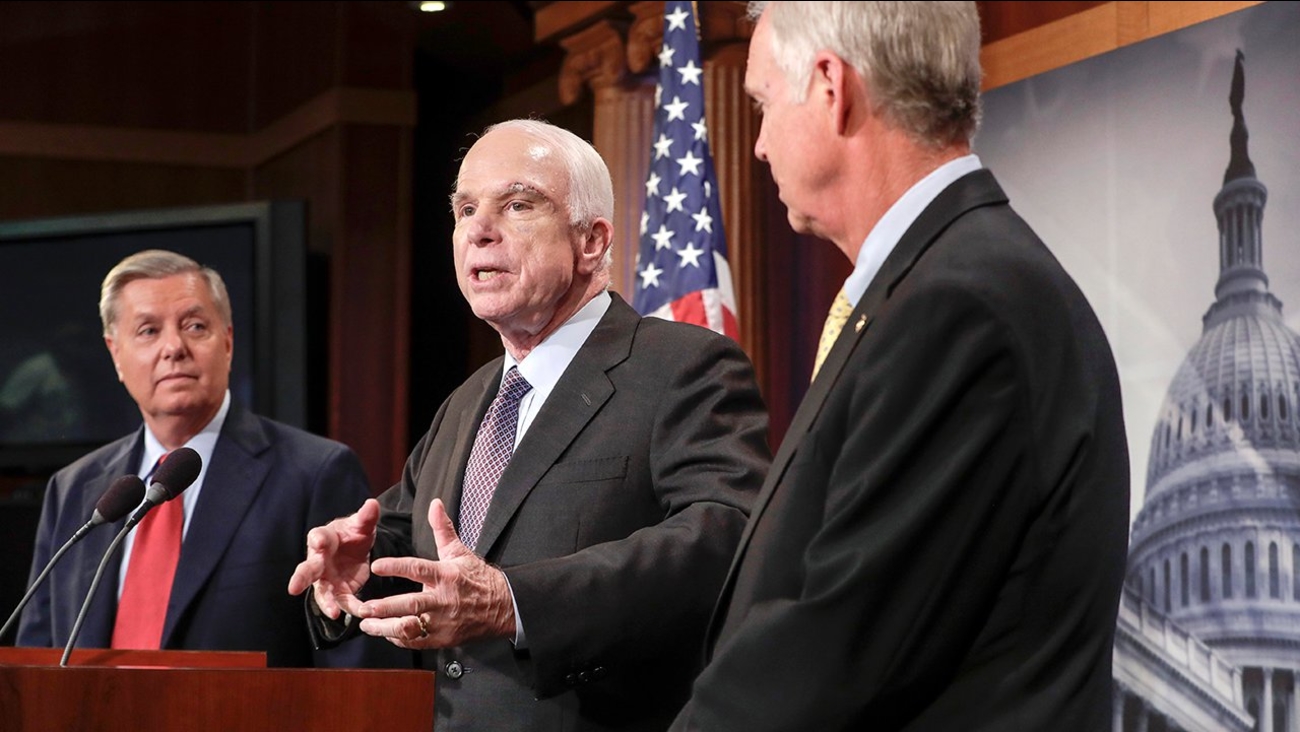 McCain said he has repeatedly warned GOP leaders that he is unhappy with the process of getting Graham-Cassidy to the floor, requesting committees, hearings and debate before voting.

"I cannot in good conscience vote for the Graham-Cassidy proposal. I believe we could do better working together, Republicans and Democrats, and have not yet really tried. Nor could I support it without knowing how much it will cost, how it will effect insurance premiums, and how many people will be helped or hurt by it. Without a full CBO score, which won't be available by the end of the month, we won't have reliable answers to any of those questions."