The future of California politics takes shape in Fresno 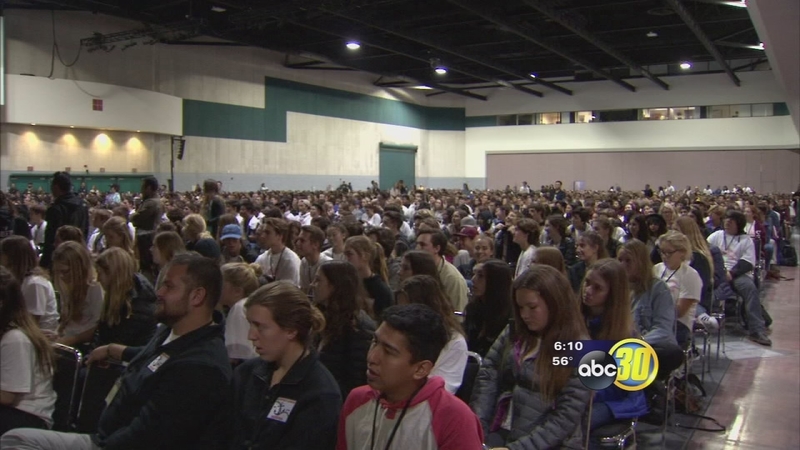 The future of California politics takes shape in Fresno

FRESNO, Calif. (KFSN) -- A major political movement wrapped up today after an important weekend at the YMCA Youth and Government convention here in Fresno.

They do know how to party, but these teenagers also know how to build a government from the ground up. This is the last day of a political convention and the culmination of a campaign.

You have 3500 students from all over California at the Fresno Convention Center for a very raucous caucus. They're going to elect a student governor for the next year, picking 5 nominees her in Fresno before another convention in Sacramento. They have candidates all over the place, including Blake Sloan, who are all now running for the 69th youth governor.

The teens picked their new assembly speaker, their lieutenant governor and a few other positions using the technology of teens -- their phones -- instead of ballot boxes. But politics sounds much the same, even coming from these young candidates.

"I basically ran on a platform which I titled as 'unity, growth and openness' with the main objective of empowering our delegates because it is my fundamental belief that there's not that much that separates us except what we ourselves think separates us," said Nicolas Gardner, of Palos Verde. Gardner's message was a winner. He's this year's governor and now a board member for the YMCA and he's trying to fulfill his campaign promise to "Be the Change."

Getting to this height, and this not-so-luxurious governor's office, was something of a chore, but Gardner managed to institute some new programs and he's not turned off by the process. "It's showed me that even though our politics may be dysfunctional now, at its very core, it is amazing what we can do when we work together," Gardner said.

His dream of public service is still alive, and on this MLK day, the students recognized a new generation of dreams.

"Our mindset as teenagers change all the time, but somehow the values that MLK has set have never changed," said delegate Jessica Lara, of Cupertino. "For us, it's set in stone. It's how we're supposed to treat people and this is how we are going to treat people."