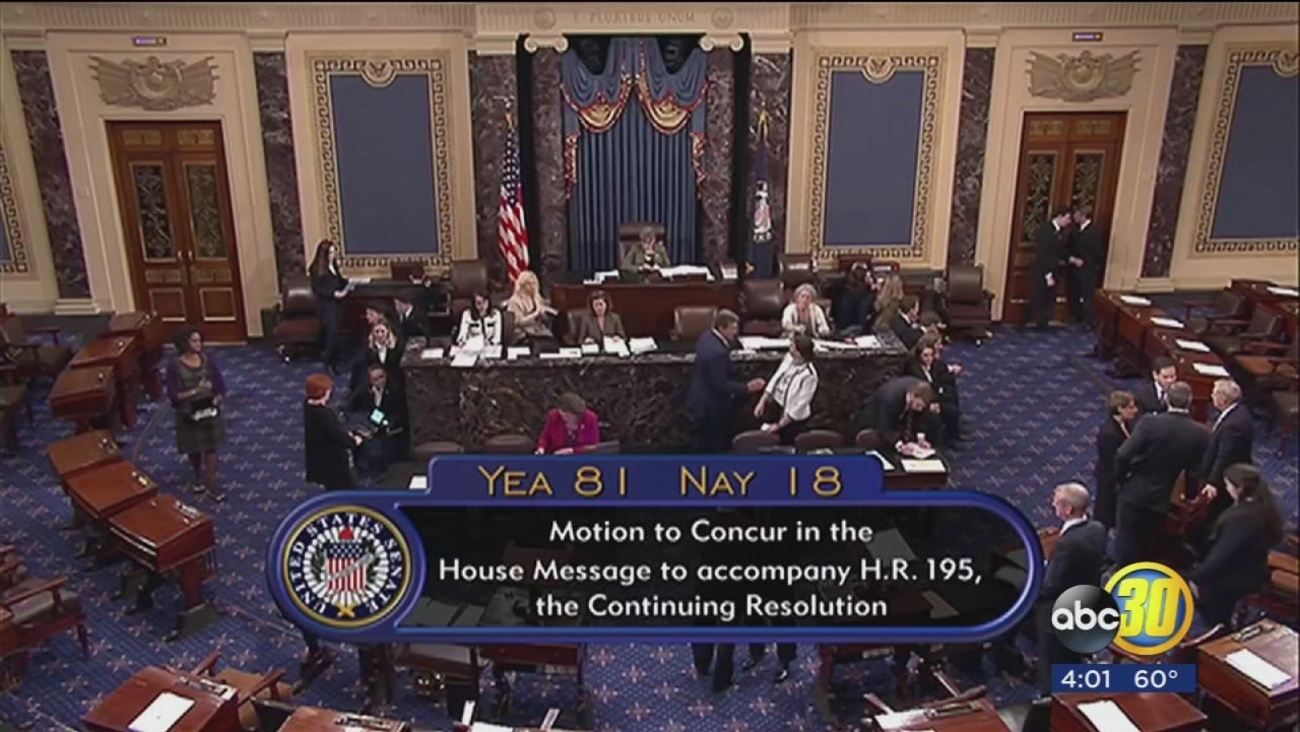 Congress has approved a bipartisan agreement to re-open the federal government after a three-day partial shutdown. (KFSN)

The shutdown took effect Saturday on the one-year anniversary of the president's inauguration, but the White House maintains that Trump came out the winner in the GOP's standoff with Democrats.