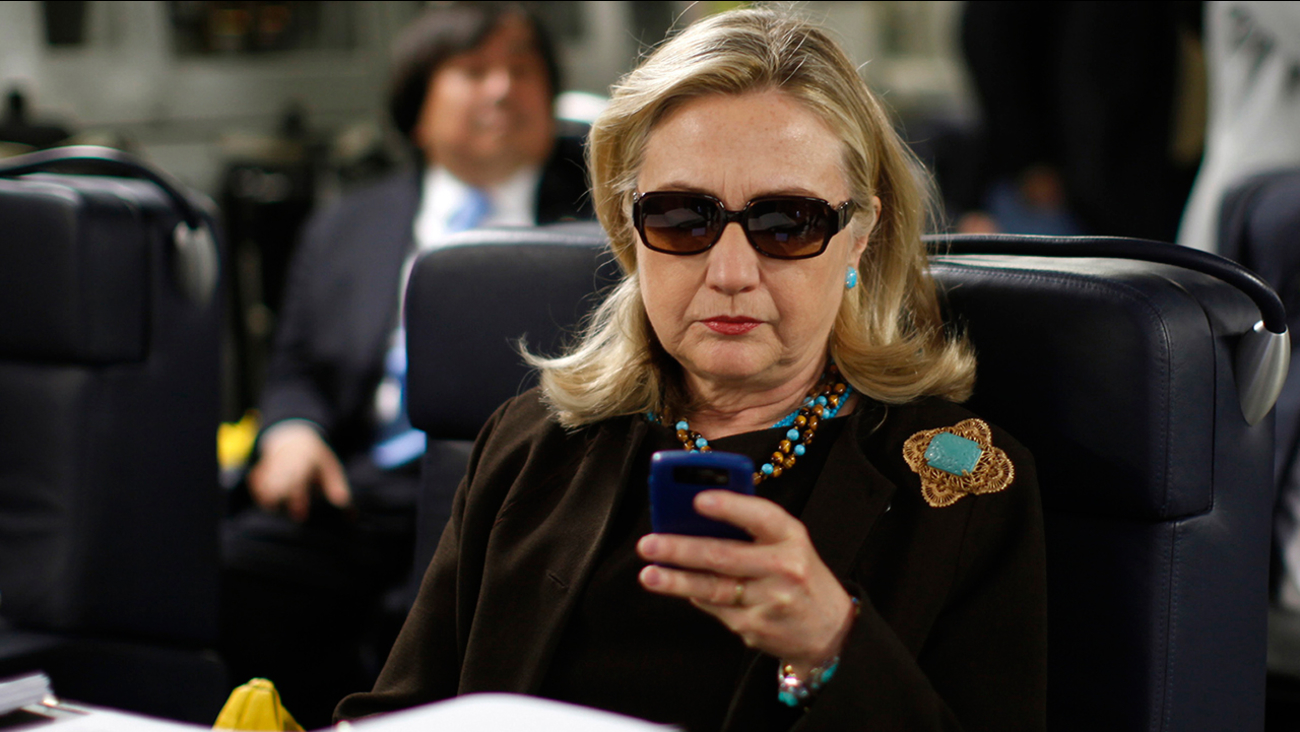 NEW YORK -- Republican Donald Trump is suggesting that rival Hillary Clinton's emails may be responsible for the death of an Iranian nuclear scientist who was executed for spying for the United States.

Hours after an unusually disciplined speech on his economic plan for the country, Trump, using the "people are saying" sentence structure he often favors to make accusations, tweeted Monday night:

"Many people are saying that the Iranians killed the scientist who helped the U.S. because of Hillary Clinton's hacked emails."

Iran executed Shahram Amiri this week for spying for the United States, acknowledging for the first time that the nation secretly detained and tried a man who was once heralded as a hero.

Trump didn't elaborate on which people had linked Amiri's execution to Clinton's emails. The FBI has said there is no evidence that Clinton's emails were hacked due to her use of a private account and server during her tenure as secretary of state. Also, the emails released by the State Department provide information similar to what U.S. officials had already discussed publicly at the time.

Merrill added that after Trump's morning speech to the Detroit Economic Club - and sticking closely to his script - "the muzzle was bound to come off."

Trump's speech was designed in part to reassure Republicans unnerved by a disastrous week of self-inflicted feuds with an assortment of people, from grieving Muslim American parents to the leaders of his own party. Clinton's campaign cast his tweet Monday night as evidence that, in the words of spokesman Josh Schwerin, "There's just no resetting Donald Trump."

Trump isn't the first to suggest there could be a link between Clinton's emails on her private server and Amiri's execution.

Arkansas Republican Sen. Tom Cotton said on CBS's "Face the Nation" Sunday that there "were on Hillary Clinton's private server, there were conversations among her senior advisers about this gentleman."

Amiri first vanished in 2009 while on a religious pilgrimage to Muslim holy sites in Saudi Arabia, but resurfaced a year later in a series of contradictory online videos filmed in the U.S. He then walked into the Iranian-interests section at the Pakistani Embassy in Washington and demanded to be sent home.

When he returned to Iran in 2010, he was given a hero's welcome and greeted with flowers by government leaders. Then he mysteriously disappeared. Iranian officials said this week that he was tried in a death-penalty case that was upheld by an appeals court.

Amiri's case indirectly found its way into the spotlight last year with the release of State Department emails sent and received by Clinton. U.S. officials already had discussed his case publicly in 2010, including a $5 million payment offered to him if he stayed in the U.S. The State Department emails released to the public are mostly noteworthy because they provide an insider account of deliberations at the time.

One email forwarded to Clinton by senior adviser Jake Sullivan on July 5, 2010 - just 10 days before Amiri returned to Tehran - appears to reference the scientist.

Clinton's decision to store her emails on a private server in her New York home sparked an FBI investigation and has become a dominant issue in the presidential campaign.