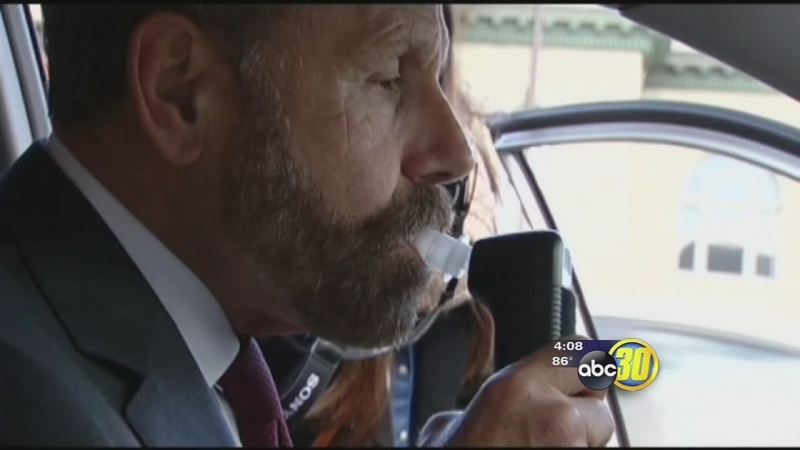 A pilot program aimed to keep the roads safe will likely continue in Tulare County. Tulare is one of four California counties requiring ignition interlock devices to be installed in cars of DUI offenders in order to keep a drivers license.

The DMV has been tracking the results of the program that began in 2010 and they're hoping to extend the length of it just a little bit longer.

This week the Tulare County Board of Supervisors voted to send a letter of support for that extension to lawmakers in Sacramento.

"We see kind of a two fold interest here," Board Chairman and District 4 Supervisor Steve Worthly said. "One is protection of the public.

Worthley says the program also enables drivers convicted of DUI to keep their job because they can legally drive themselves to work.

But, Worthley says, compliance with the ordinance is low -- only 28 percent of DUI offenders required to go on the program actually follow through. But, he adds, it still has an impact.

"If it changes peoples behavior, keeps them in the workforce, and prevents drunk people from driving we see it as a good thing," he said.

The American Beverage Institute opposes the program. It says California should focus on repeat offenders instead.

"Those are the people who are out there killing people on the roads, over 70 percent of alcohol related fatalities that occur are caused by these high BAC repeat offenders; those are the people we should be targeting with ignition interlocks," spokesperson Sarah Longwell said.

The pilot program is currently in Tulare, Sacramento, Alameda and Los Angeles counties. Drivers convicted of DUI must pay for the ignition interlocks to be installed.

Right now, Life Safer in Visalia says they install around a half dozen each week.

The county says they would definitely support the program moving statewide.

A senate committee voted this week that the bill should be passed. That would extend the program until July 2016. After that, the DMV would put together a report for lawmakers before they would decide whether or not to take the program statewide.